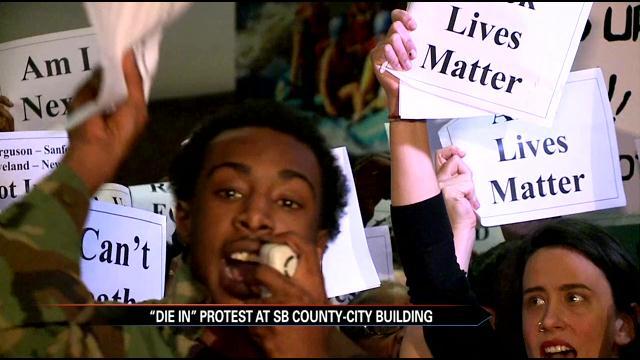 Bluthers Casey says he knows what it's like to be a victim of police brutality and harassment.  So after the recent acts of police brutality, like the incidents that led to the deaths of Eric Garner of Staten Island, New York, and Michael Brown of Ferguson, Missouri, "Young Blu" knew he had to do something in his own community.

So that's why he organized a die-in demonstration at the County-City Building. It was a peaceful protest to bring awareness that things need to change in Michiana.

The group brought suggestions like a police and community joint training, more youth organizations, as well as meetings with council members.