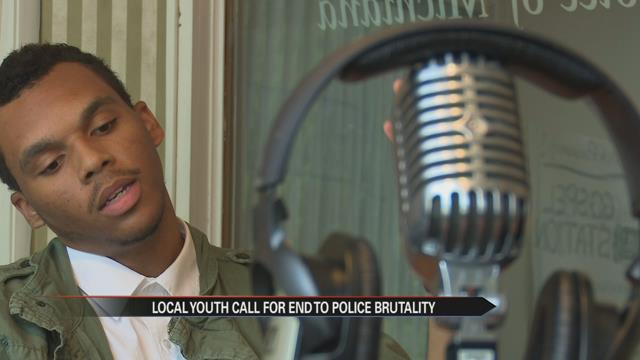 The death of Alton Sterling has many upset here in Michiana.

Friday, South Bend teens will tap into local resource to spark, what they call, much needed conversations on social issues.

In the minute and a half audio, several voices condemn social issues like Black Lives Matter.

“The promo is controversial and we know this, but what we want to do is get people’s attention to the topics that we’re bringing to the show,” said Shane Williams, host of Young America.

Williams is no stranger to voicing his opinion, and starting Friday, he’ll serve as the voice of the radio station’s newest talk show, Young America.

The first topic will be police brutality following the fatal police shooting of Sterling, a 37-year-old black man in Baton Rouge, La.

“In America in 2016 it should be unbelievable,” Blu Casey, guest on Young America.

Williams’ first set of guests are known to spark those conversations as well.

“It’s our generation’s turn and it’s our duty to actually step up and become the leaders for the next generation and actually have something to look up to,” said Casey.

“I hope sparks and spurs not only our youth running for local office but also participating in the civic matters here in South Bend,” said guest Henry Davis Jr.

With so much happening just days before the show’s launch, Williams say his promo should wake up more youth to join the conversation.

“By exciting leadership, by getting youth into the political world we can actually shape a future that’s better for us,” said Williams.