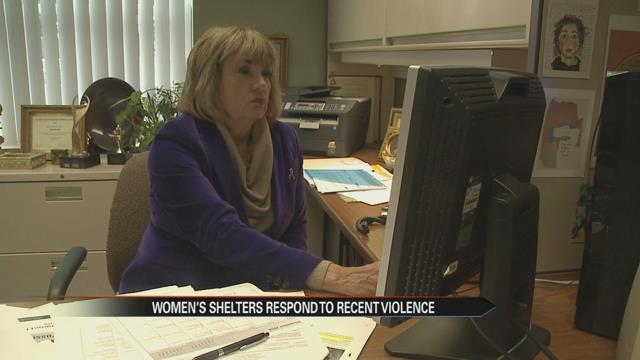 On Thursday, an Indiana organization committed to helping victims of domestic violence responded to what’s turned into a violent week.

“Having the community informed about domestic violence and informed about resources there are for victims is very important,” said Linda Baechle, YWCA North Central Indiana’s CEO.

“In some way it’s helpful to them to hear more about domestic violence and have it be more normalized and know that other women, or sometimes men, are experiencing it,” added Baechle.

Tuesday night, one of those experiences turned deadly for a family living in South Bend’s River Park neighborhood.

According to police, 45-year-old Amana Scott was shot and killed by Aaron Wilson, before he turned the gun on himself.

The couple’s daughter was inside the house, for it all.

“When there has been a homicide, domestic violence homicide, and there are children in the households, the YWCA would wait for a family member to reach out for us,” said Baechle.

Baechle says the YWCA does have a children’s counselor who provides trauma-informed care but they typically stay out of the picture until they’re contacted first for safety reasons.

“We don’t know if it’s safe to reach out to the victim, we don’t want to leave messages,” said Baechle.

In neighboring Elkhart County, another domestic violence incident was reported on the same night.

According to Elkhart Police, a verbal argument became physical when Leon Lewis grabbed his girlfriend’s hair and struck her in the face.

The next day, shots were fired at the same address, sending one person to the hospital.