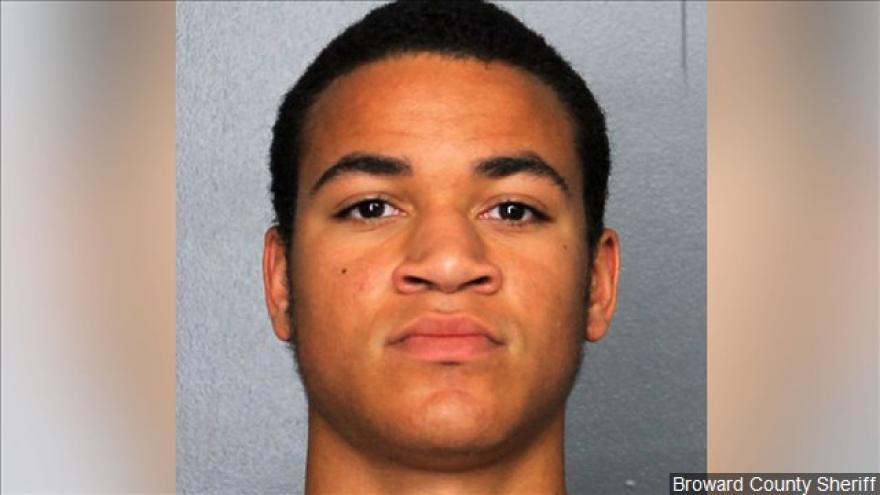 By Ralph Ellis and Marlena Baldacci

Zachary Cruz was booked Tuesday night into Palm Beach County Jail, according to the jail website.

According to an arrest warrant issued Tuesday, Cruz, 18, violated his probation April 28 by operating a Kia SUV without a driver's license and being close to a school where he was not enrolled.

The warrant said he was about 25 feet from the west parking lot of Park Vista Community High School in Lake Worth, Florida.

A Broward County sheriff's deputy was the witness for the violations, the arrest warrant said.

Cruz was arrested March 19 on a misdemeanor trespassing charge at Marjory Stoneman Douglas High School in Parkland, where his brother fatally shot 17 people on February 14. After his arrest, the younger Cruz told police he wanted to "reflect on the school shooting and soak it in," according to an arrest report.

At a March 29 court hearing, Zachary Cruz was sentenced to six months probation.

He was also ordered to wear a GPS monitor and to remain 1 mile away from the Marjory Stoneman Douglas campus.

He was forbidden from having any contact with victims or family members of the February 14 mass shooting.

His older brother, Nikolas Cruz, 19, faces numerous charges, including murder, for the shooting. Prosecutors said they will seek the death penalty.