Zika virus on the rise in the United States 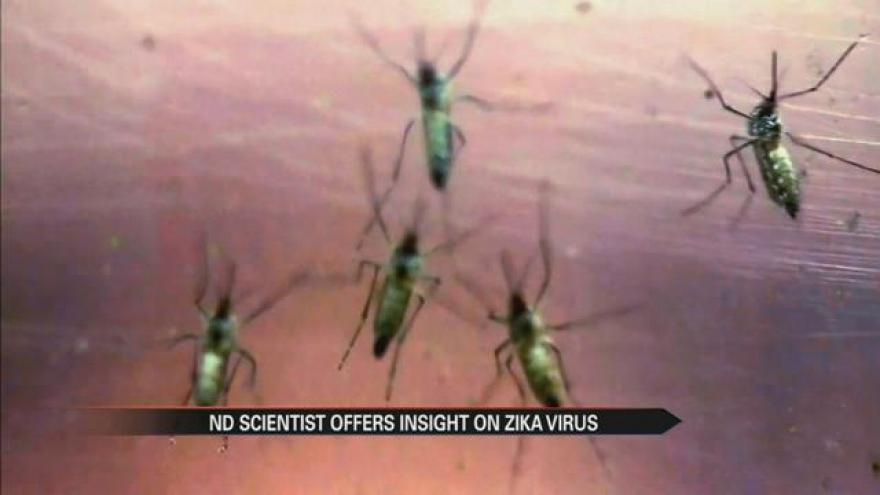 Reported cases of the Zika virus have risen in the United States.

Friday, the Center For Disease Control reported 544 total cases across the country.

The number of pregnant women infected is up to 157.

There are cases in Michigan and Indiana.

According to the CDC, they’re all travel-associated cases.

“It’s been around for a while and its range has expanded and it’s certainly a growing problem,” said Assistant Professor of Biological Sciences Dr. Alex Perkins.

Perkins studies mosquitoes and the diseases they can carry at the University of Notre Dame.

Most recently, his research has centered around transmission of the Zika virus, as reported cases continue to grow worldwide.

“We think about 80% of the people who get infected by the virus probably display no symptoms, so most people are going to get infected and not even realize it,” said Perkins.

But for a small fraction of those infected, symptoms can be severe.

Some pregnant women have given birth to children with abnormally small heads.

Perkins said anyone can be affected.

“There are really severe conditions that can affect adults too for instance Gion Beret Syndrome that is a very painful paralytic condition that’s very serious as well,” he explained.

Perkins said the primary mode of transmission is through mosquitoes, specifically the Yellow Fever Mosquito.

He said Michiana will likely never see a Zika virus outbreak because the mosquitoes that carry it are not native to the United States.

“It’s more of a concern for people who are traveling to Puerto Rico, areas throughout the Caribbean and Latin America,” said Perkins.

He said those traveling need to remain vigilant using repellants to protect against mosquitoes.

Dr. Perkins said there is still currently no cure.

However, there is extensive work happening now at the University of Notre Dame to develop a vaccine.