Zoo animals and the cold: Potawatomi Zoo prepares for winter 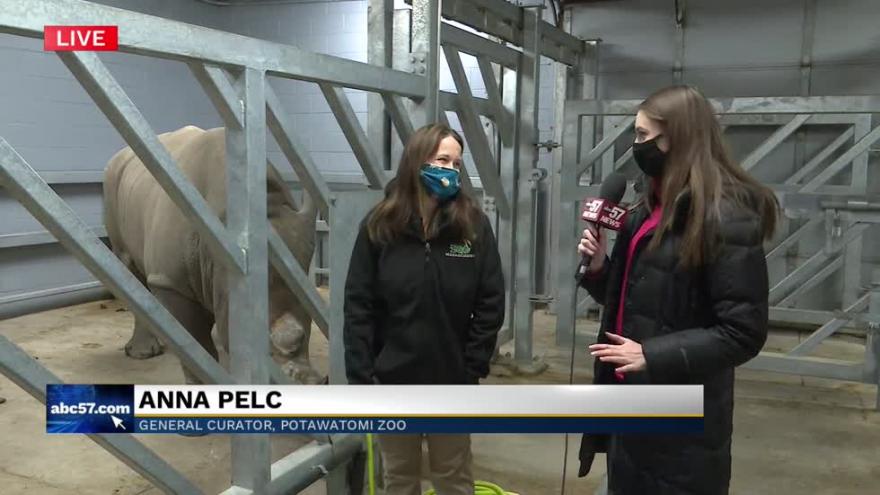 SOUTH BEND, Ind. -- When temperatures fall and snowflakes make their way into the forecast, humans prepare for the cold by wearing plenty of layers. For animals at the zoo, it's a little more difficult to prepare for winter, because they can't exactly wear a winter hat and gloves.

Potawatomi Zoo in South Bend has a variety of ways to keep their animals warm and safe during the winter. There isn't a single "winter plan" across the zoo. They tailor plans to each individual species.

Spider monkeys typically live in tropical rainforests and jungles in South America, so they aren't the biggest fans of cold Michiana winters. The zoo's three spider monkeys spend their summer on an outdoor island where zoo visitors can see them. Recently, the Animal Care Staff was able to bring the spider monkeys to an indoor enclosure. There are lots of big windows, so visitors can still view the monkeys who are indoors (nice and warm) swinging on trees.

Similarly, in the summer, you can see the ring-tailed lemurs on another outdoor island. In the winter, they come inside and are off exhibit. However, on nice, sunny days, the door to the island is open, so lemurs can decide whether they'd like to venture outdoors or stay in for the day. If the weather cooperates and they decide to go outdoors, zoo guests have a chance to see lemurs even in the winter.

Some animals, like Masamba, the white rhino, spend more time indoors during the winter. He spends a lot of time under his heat lamp inside the East Barn. This heated barn is only for staff, and several species of animals spend the night or the whole winter indoors here. The staff specifically set Masamba's mats under the heat lamp in his indoor enclosure so he can fall asleep while enjoying the warmth. Although native to Africa, the species is more durable to the cooler temperatures than we would think. In order for his door to open to be given access outdoors, temperatures need to stay above 32 degrees Fahrenheit. It's up to Masamba to decide if he will go out, or if he wants to come back inside and warm up for a bit.

There are lots of species inside the East Barn. Some species that live here are only inside during the nighttime to sleep. Other animals who don't like the cold will spend the entire winter in here.

On each animal's door in the barn, there is a sign with the written requirements for going outside. These signs are specific to each animal. Some include temperature parameters (outdoors when above 35 degrees, for example) while some include other weather parameters (bring inside when raining or windy). Zookeepers are constantly checking the weather to make sure the animals stay safe and meet these parameters.

Some animals prepare for the winter months themselves by growing extra fur. This includes the animals at the Zoo Farm (goats, alpacas, donkeys, cows). 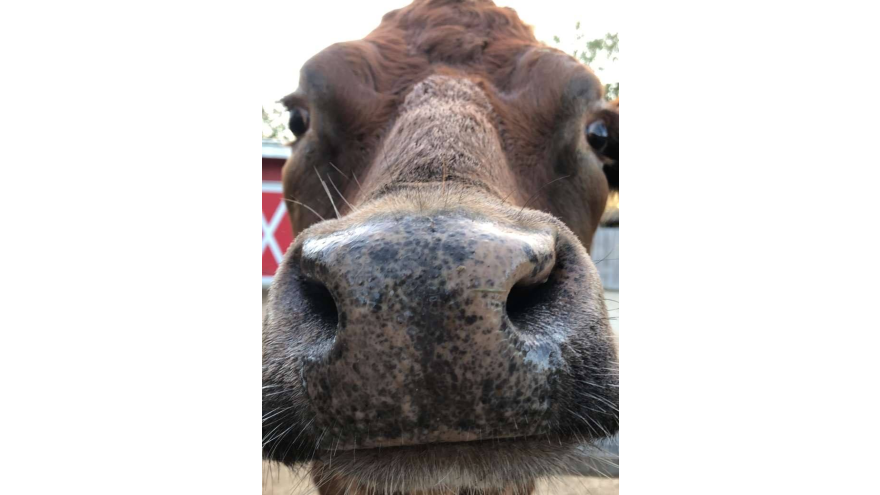 Samson is a jersey cow at the Potawatomi Zoo Farm. He will start to grow longer fur heading into the cold months.

The animals always have access to their barns, so they can go inside if they'd like. The zoo staff also provide heated water sources in the winter, so the water doesn't freeze. More wind blocks are put up to help protect the farm animals. These animals are also given a little more hay in the winter because they burn more calories during the cold months.

The North American river otters are one species that love the cold weather. Their thick fur helps insulate them. They don't mind going for a dip in their outdoor pond in the winter because they are used to these temperatures. Their water does have a filtration system so it won't freeze. Unless there is extreme weather, like a blizzard, the otters will be outdoors on exhibit each day in the winter.

Smiley the American alligator is one of the zoo's oldest residents. Smiley lives outdoors during the summer. When temperatures start to cool, the Animal Care Staff open a door to an indoor exhibit. Smiley can decide when he wants to go inside, where he will end up staying for the entire winter. Alligators live in a state of brumation in the winter, which is similar to hibernating. They move infrequently and don't eat much. Zoo staff said visitors sometimes ask if Smiley is real because he stays so still! Brumation lines up with the months Smiley spends indoors each year. When he is let outside again in the spring depends completely on temperatures, which can sometimes be in late May.

Even though animals can't "bundle up" the way humans do, the zoo staff still makes sure the right steps are taken so animals are warm throughout the winter.