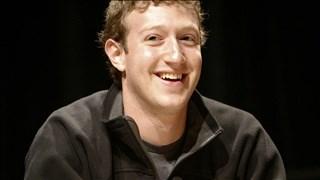 San Francisco General Hospital will soon have a new name and a new face -- thanks to Facebook.

Specifically, it's thanks to the social media giant's founder, Mark Zuckerberg, and his wife, Dr. Priscilla Chan. The San Francisco General Hospital Foundation says the couple's $75 million gift is "believed to be the largest single private gift from individuals to a public hospital in the United States.

It's not just a substantial gift, but a personal one. Chan worked for years at the facility -- the Bay Area city's lone trauma center -- during her pediatric residency. She came away struck by the importance of San Francisco's main "safety net" hospital (where more than 70% of patients are underinsured or uninsured), as well as impressed by those who work there.

"Day in and day out, I witness the compassion and dedication of my colleagues as they work tirelessly to deliver the best available care to all of our patients," Chan said in a statement released Friday through the foundation. "Mark and I are proud to support such an important public hospital.

The General, as it's known, is in the process of a "rebuild" to create a nine-story, 453,000-square foot main hospital and new trauma center. It's scheduled to open in December.

Zuckerberg, posting (of course) on Facebook, said that "our contribution ... will allow The General to double the size of its new Emergency Room and quadruple the number of beds, and provide state of the art equipment for healthcare providers and first responders."

"We are so fortunate that our work in connecting the world through Facebook has given us the ability to give back to our local community, our country and the world -- and to work to improve education, health care and internet access for everyone," he said. "To serve our community in San Francisco, we can think of no better place to focus than The General."

In light of the pledge, the city has started the process of officially naming the facility Priscilla and Mark Zuckerberg San Francisco General Hospital and Trauma Center, according to the foundation.

It's not common that someone, especially one going through the rigors of residency, pays back their employer rather than gets paid. Chan and Zuckerberg are in a position to break from the norm.

Forbes reported last fall that Zuckerberg, 30, had a net worth of $34 billion. So the hospital donation will hardly set him back much. Still, it fits a pattern of generosity by he and his wife, who the Chronicle of Philanthropy reports pledged $6.2 billion -- more than anyone else -- in 2013 alone.

Even with her husband's wealth, Chan hasn't stopped working.

The Braintree, Massachusetts, native met Zuckerberg at Harvard University, where both were students. They were a couple for years before getting married in 2012.

This happened days after Chan's graduation from the University of California, San Francisco, medical school. Her Facebook profile says that she went on to work at UCSF Benioff Children's Hospital.

During a 2012 interview with ABC News, Zuckerberg said that Chan's work comes up regularly -- just like his does.

"She's going to be a pediatrician," he said then, "so our dinner conversations are often about Facebook and the kids that she's meeting."

No doubt such discussions fed into their donation to San Francisco General. While the couple now calls nearby Palo Alto home, they have long and deep ties to San Francisco.

And, as Zuckerberg said Friday, "We hope this contribution alongside the great work of other contributors, will help The General to continue to save lives and deliver care to everyone who needs it."