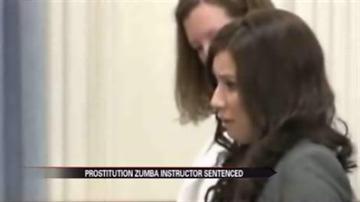 Wright is also ordered to pay almost $60,000 in restitution fees.

She was convicted on 20 counts including prostitution, conspiracy and theft by deception in March.

Wright cried as she addressed the court, saying she was glad to be done with prostitution.

"I want to encourage others to come forward," said Wright. "I want them to know that there is one person out there who will believe their story no matter how crazy it seems."

The prostitution scandal rocked the small town in Maine. A former mayor and a minister were among those who were revealed to have patroned Wright's prostitution business.