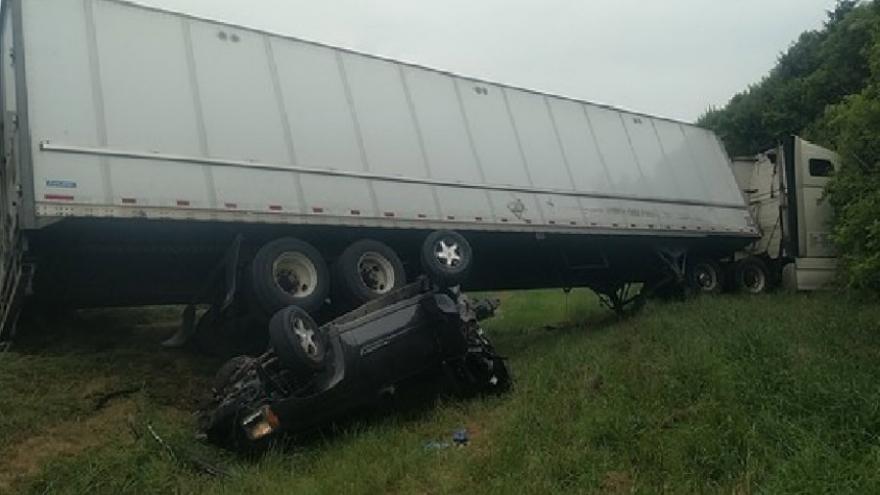 STEUBEN COUNTY, Ind. -- Indiana State Police are investigating a 3-vehicle crash on I-69, sending one driver to the hospital. 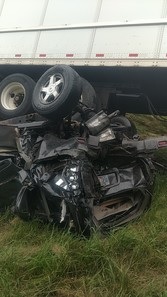 A preliminary investigation revealed that at approximately 2:50 p.m., INDOT’s mowing crew was on the right, northbound shoulder. A 2017 Freightliner arrow truck equipped with an impact attenuator was sitting behind the crew with its lights on.

According to ISP, A 2003 Chevrolet SUV driven by 18-year-old Lucas G. Patrick of Ashley, Indiana was traveling northbound in the right lane, slowing for the INDOT vehicle when he was rear-ended.

The result of the rear-end collision between the SUV and semi tractor trailer pushed the SUV into the impact attenuator of the arrow truck driven by 51-year-old Derek Carr of Fort Wayne, Indiana.

Police say the SUV went off the roadway on the east side, rolling onto its top.

The semi-tractor trailer also left the east side of the roadway coming to rest with the trailer tires above the SUV’s underside.

Gurlaljeet and Carr were uninjured but Patrick was taken to Parkview Regional Medical Center in Fort Way for non-life threatening wounds.