1.1 million still without power in Northeast after Philippe 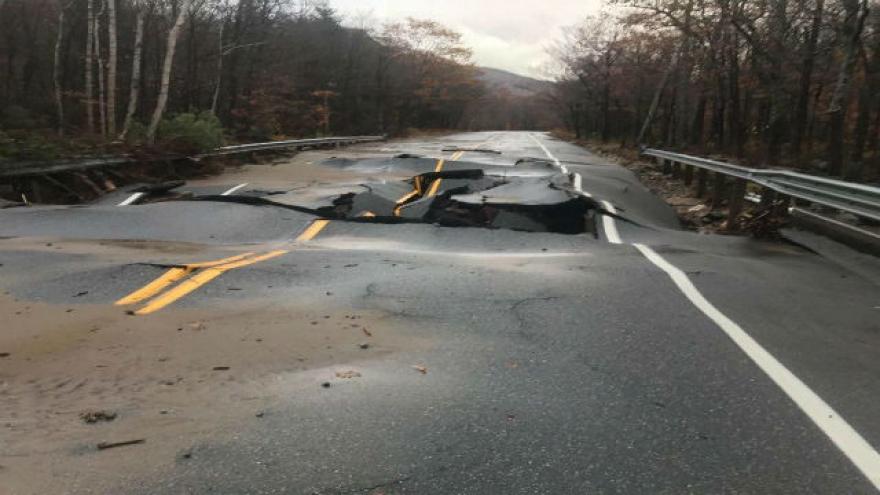 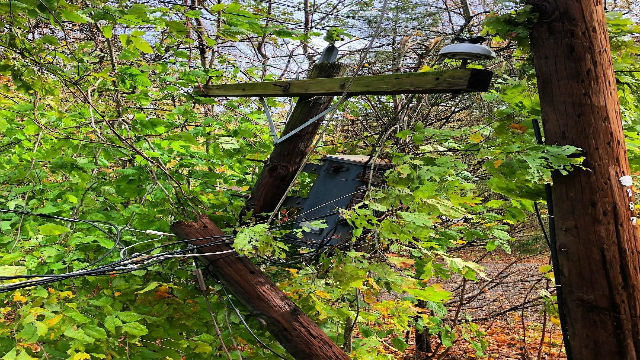 A tree fell onto a power line after Tropical Storm Philippe rolled through Connecticut. Travis White

(CNN) -- The Northeast struggled with power outages and commuting delays Monday as the remnants of Tropical Storm Philippe passed through the region.

The storm drenched the region over the weekend before racing into Canada early Monday. It left behind swollen rivers and downed trees that damaged roads, snarled traffic and left millions without power.

By Monday evening, more than 1.1 million power customers were still without electricity, including 248,557 in Massachusetts and 137,900 in Rhode Island. 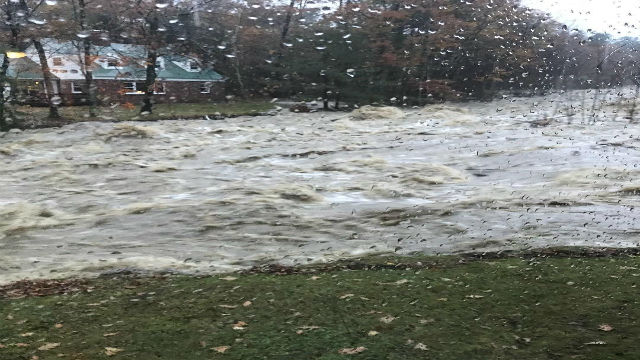 In Maine, which was especially hard hit, Gov. Paul LePage declared a state of emergency to give power companies more flexibility to make repairs.

Central Maine Power said more than half of its customer base was without power Monday. By nightfall, 384,000 were still without power. The utility said it was unable to restore power on Monday because of widespread damage and the danger of downed power lines.

"Our first priority is public safety, and crews are busy grounding and de-energizing downed lines so they don't pose a danger to first responders or the public," said Gail Rice, the utility spokeswoman.

Conditions across the region will slowly improve on Monday as the low-pressure system drifts into Canada, CNN meteorologist Dave Hennen said.

Colder air will push in behind the system for much of the East, he said. Frost was being reported as far south as the Florida Panhandle and snow may fall on the higher elevations of the Appalachians.

Flooding across the region

For many, the storm was an unpleasant reminder of Superstorm Sandy, which pummeled New York and New Jersey five years ago. Some New Englanders also remembered "the Perfect Storm" of October 30-31, 1991, which killed at least nine people.

So far, no deaths have been reported from Philippe.

Much of New England was dealing with flood watches Monday morning. As rivers swelled, flood waters washed through towns and campsites, carrying away a house in Warren, New Hampshire.

At a campsite near Rumney, New Hampshire, waters rose so fast Monday morning that people were unable to pull up their campers before they started floating away, said David Kyle, who was in the area filming a pilot for a reality show.

More than 60 million people in a dozen states from Maine to the Carolinas were under high wind warnings or wind advisories. The National Weather Service reported winds of 131 mph on Mount Washington in New Hampshire. In Massachusetts, Mashpee reported 82 mph and Nantucket 70 mph, the weather service said.

Transportation slows across the Northeast

The Massachusetts Bay Transportation Authority warned commuters to expect delays across the system because of flooding and high winds that knocked trees down across tracks.

Train service was suspended and then resumed on several lines of the Long Island Railroad and Amtrak between Boston and New Haven, Connecticut, the transit agencies said.

In New Hampshire, 179 roads, including 40 state roads, were closed Monday morning due to high water, washouts, and downed trees and wires, the New Hampshire Department of Transportation said. Crews worked throughout the day to clear trees and repair damaged roads. A portable dam was put up in Campton, New Hampshire to minimize flooding near NH 49 and NH 175.

Dozens of flights were delayed at LaGuardia Airport in New York and Logan Airport in Boston, the website FlightAware reported.

In Massachusetts, dozens of schools canceled or delayed the start of classes for the day, CNN affiliate WBZ reported.

Philippe formed near western Cuba a few days ago, the National Hurricane Center said. It raced up the Atlantic Ocean off the East Coast and by Sunday afternoon had dissipated and merged with a cold front, the center said.