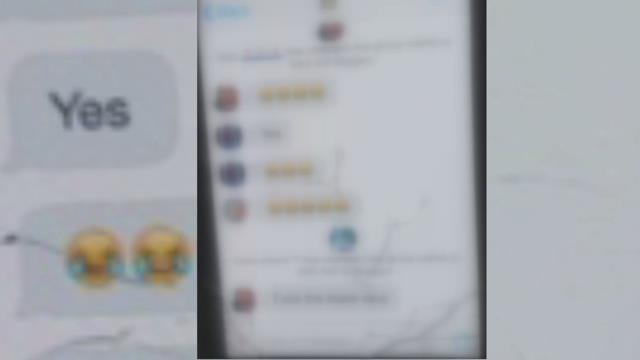 A 13-year-old is now facing a misdemeanor after a racially-charged chat between middle school students.

It’s a story we first reported on in October.

Parents of a black student who plays on the Upton Middle School basketball team broke their silence, demanding justice after hearing about the group chat.

Berrien County Prosecutor Mike Sepic wants people to know that the things they say online and over text can have criminal consequences.

The victim’s father did not want to be identified because of safety concerns, but he exclusively issued ABC57's Alexandra Koehn a statement over the phone.

“There were other students that were involved that should have been charged, but were not. I feel like the student’s that being charged pretty much is the ‘fall’ guy. I don’t think his intent was malicious.”

Not malicious. That's how the father of a 13-year-old black student described the act of adding his son to a racially-charged group chat that was titled “KKK kill all the n******.”

The conversation took place on an app called KiK between basketball players after school hours according to parents of students involved.

Sepic said, “One of the participants in that situation opened up and then invited in a classmate of theirs who is a black male and so that exposed the black male to all the despicable things that has been said privately.”

The father of the student who was added to the chat said the teammate who added his son has asked for forgiveness and there has been reconciliation in this story.

“The young man is very remorseful for his actions. He’s very apologetic. His family has been more than cooperative."

The misdemeanor is described as "malicious use of a telecommunications device."

Sepic said, “We all have first amendment protections and we can have private conversations, but there are certain statutes that permit prosecution in certain situations and one is using electronic communication devices.”

Sepic said with this charge he wants to set the record straight, that “KKK kill all the n******” is not a joke.

Sepic said if the 13-year-old does community service and takes a class, the misdemeanor could be dropped from his record.

ABC57's Alexandra Koehn reached out to the father of the student who was charged but he did not get back to us for comment.