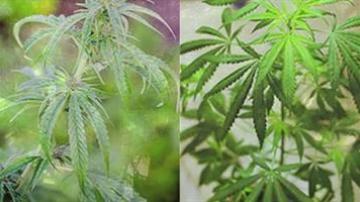 COVERT TOWNSHIP, Mich. -- A tip to the Southwest Enforcement team led to the seizure of 14,860 marijuana plants at a camp in a secluded area of Covert Township.

The Southwest Enforcement Team received a tip on July 29 about a marijuana grow operation in Covert Township in Van Buren County.

They found two armed men at the site.

When officers attempted to contact the two men, they fled into the heavy underbrush.

Police K-9 units tracked the two suspects for several miles to an area off County Road 376.

If you saw anyone being picked up from County Road 376 at 196 in Van Buren County on August 2, contact the Southwest Enforcement Team at 269-982-8664 and leave a message.