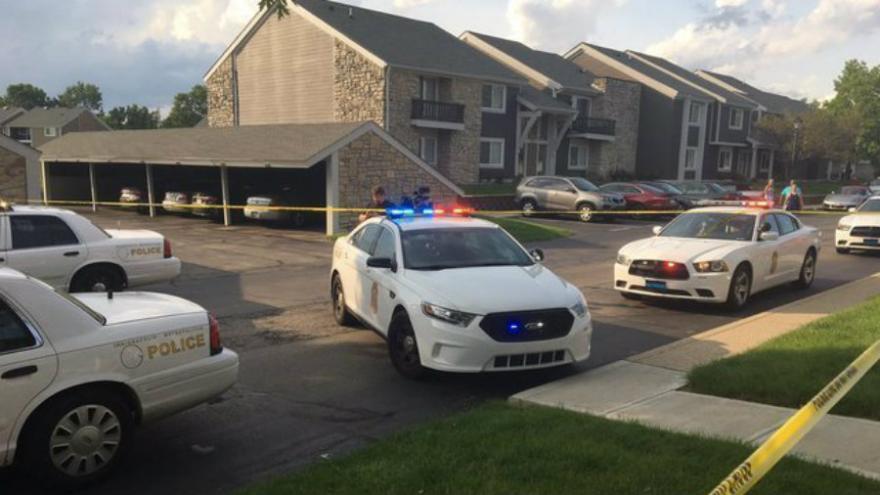 Indianapolis, IN (WRTV) -- A 15-year-old has been arrested and preliminarily charged with murder in connection with a triple homicide on Indianapolis' north side.

The shooting happened around 6 p.m. Sunday in the 7800 block of Somerset Bay.

Police found three men with gunshot wounds inside an apartment. All three were pronounced dead on the scene. They have been identified as Dominique Miller, 25, Jordan Wright, 25, and Justin Crowder, 19.

Witnesses reported seeing two people get into a vehicle and flee the area.

Officers say they believe this specific apartment was targeted and no one else in the complex is in danger.

The as-yet-unidentified 15-year-old suspect is the third person under the age of 18 to be implicated in a murder so far this year in Indianapolis.

Police arrested 17-year-old Lesley Mena earlier this year on charges of murder in connection with the death of 23-year-old Miraeya Arciga in January.

Just weeks later, Ahmond Hubbard, 16, was arrested for his alleged role in the murder of 20-year-old Jacob Arnett on Feb. 2.