18-year-old injured in shooting on Middlebury Street in Elkhart 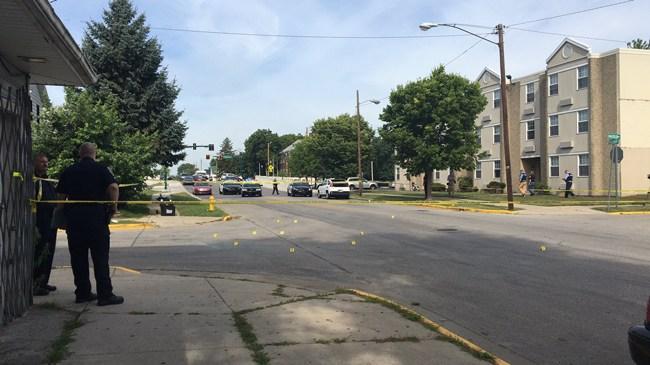 Elkhart Police responded to reports of a shooting in the area of Middlebury and Madison streets around 9:30 a.m. Tuesday.

When officers arrived, they located 18-year-old Rasheed McDavis lying in the street. He appeared to have multiple gunshot wounds, according to police.

McDavis was taken to Memorial Hospital in South Bend. Police said he is expected to be released Tuesday.

One witness said she heard the gunshots and rushed out to help McDavis.

She is a resident of the apartments and said instead of ducking for cover, she ran out to help.

"I just felt like if it was me I would want somebody to come check on me and try and keep me awake and it just felt like the right thing to do,” she said.

"It's troubling 9:30 in the morning to have somebody get shot in the middle of a busy intersection,” said Sergeant Chris Snyder of the Elkhart Police Department.

Police spent the morning gathering evidence and trying to get information from witnesses.