Charges filed in murder of Miriam Rice in 1988 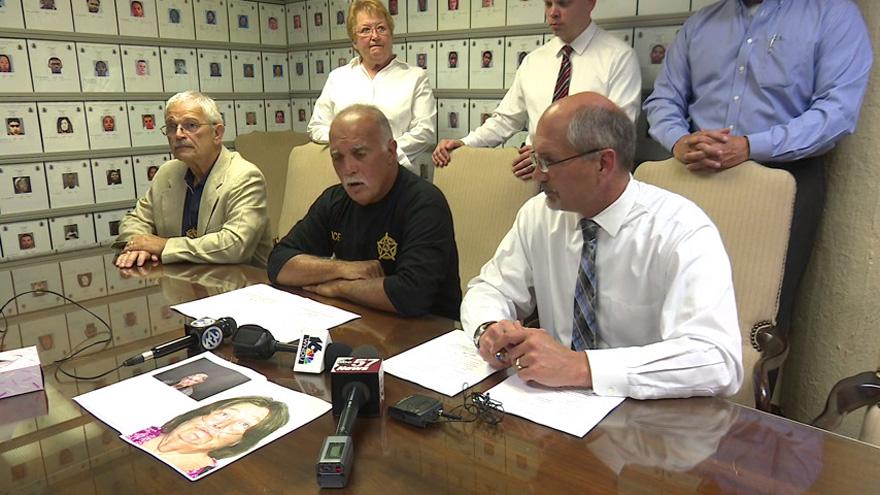 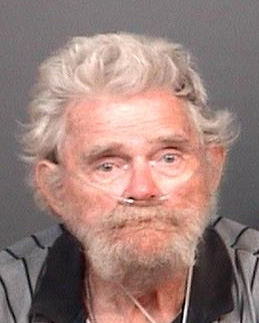 George Kearney, 76, and Barbara Brewster have each been charged with one count of murder. A break in the case came when Kearney came forward in 2016.

About an hour later, Rice's family reported her missing when she didn't return from the walk.

The following day her dog was found hiding under a car on Riverside Drive. 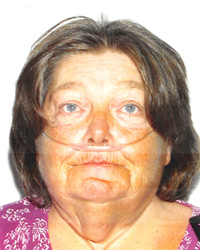 Searchers found her body five days later down an embankment on Boland Drive, across the north lagoon of Pinhook Park. She was missing her bra and an earring.

The autopsy determined she died of multiple skull fractures.

There were no big breaks in the case until March 2016 when George Kearney came forward.

He told police he had recently been released from prison after serving 27 years. He said while in prison he received letters from Brewster's daughter questioning his involvement in Rice's death.

He said he came forward because he wanted to "clear the air."

At the time of Rice's death, Kearney, his then-girlfriend Barbara Brewster and Brewster's three children were camping at Pinhook Park, according to the probable cause affidavit.

He told police while at the park they saw a woman running along the pavilion and Brewster got something out of a black bag and ran after the woman.

He lost sight of Brewster but then heard screams. Brewster returned with blood on her hands, Kearney told police.

Brewster's daughter Paula, who was 7-years-old in 1988, spoke with investigators when she was 37-years-old.

She reported hearing a scream from across the lagoon, reports said.

A short time later, Paula said Brewster, Kearney and Bobby returned and were covered in blood. Her brother looked traumatized and only told her "something bad happened," according to the probable cause affidavit.

Brewster and Kearney took their clothes and Bobby's clothes and burned them, reports said.

Paula was told to clean the blood out of the van. She found a bra and earring in the van while cleaning it, she told police.

The family then left the park and Paula told an aunt about what happened.

Investigators made contact Bobby in 2018, when he was 35 years old.

He told police he was in the van with Brewster and Kearney when they saw Rice walking her dog along the road.

Kearney pulled over, got out of the van, grabbed Rice by the hair and tried to force her in the van, he told police. Rice fought back, so Kearney hit her head on the side of the van and forced her inside, according to the probable cause affidavit.

He told police Kearney told Brewster to kill Rice, so Brewster beat her in the head with tools that were in the van, according to the probable cause affidavit.

He told police he has never spoken about what happened because Kearney threatened to kill him if he did.

In February 2018, police spoke with Brewster, who denied killing Rice.

She told police she was in the van with Kearney when he grabbed Rice and forced her in the van. She said he rendered Rice unconscious. Brewster told police Kearney dropped her and her children off at Pinhook Park, then left with Rice, according to the probable cause affidavit.

When he returned, Rice was no longer in the van, she told police.

Brewster denied being involved in Rice's death and denied being covered in blood. She told police they burned Kearney's and Bobby's clothes. She also allegedly admitted to having Paula clean up the van and they threw Rice's earring in the fire.

Kearney is currently in the St. Joseph County Jail. He was arrested Friday on one count of murder.

Investigators flew to Alabama and took Brewster into custody on one count of murder. They do not know if she will waive extradition.