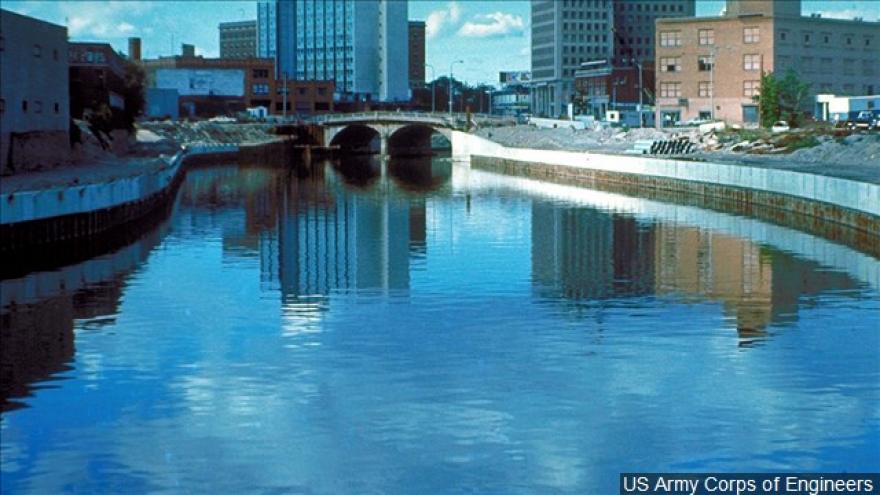 Two additional suspects were arraigned on charges in the discovery of two bodies found under a door floating in the Flint River Thursday. Photo courtesy US Army Corps of Engineers

FLINT, Mich. (AP) — Two additional suspects have been arraigned on charges linked to the discovery of two bodies found under a door floating in the Flint River in eastern Michigan.

WJRT-TV reports a 16-year-old is charged with two counts of first-degree murder and using a firearm to commit a felony, and 47-year-old Melinda Kelly is charged with felony counts of tampering with evidence and being an accessory after the fact to a felony. They were arrested Sunday.

Twenty-four-year-old Robert Wheeler was arrested at the scene when the bodies were found July 12. He faces two counts of first-degree murder, tampering with evidence and using a firearm to commit a felony.

Police say the victims were 32-year-old Rodney Harden Jr. and 19-year-old Tedmundo Meeks, both of Flint. Police haven't said how they died.