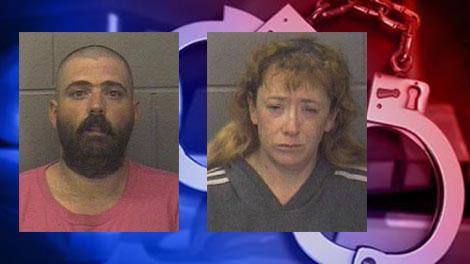 Two people have been arrested for maintaining a common nuisance after meth making materials were found in a home on fire Monday afternoon.

The Elkhart Fire Department and Elkhart Police officers responded to a fire at 221 Saint Joseph Street in Elkhart for a house fire.

While fighting the fire, firefighters found what they believed were materials used to manufacture methamphetamine.

Detectives with the Elkhart Police gathered evidence indicating the house fire, which started in the basement, was caused by an exploding meth lab.

The man who was injured in the fire, 35-year-old Jason Jones, was injured during the explosion and was taken by helicopter to a Fort Wayne hospital burn unit.

Police say his injuries did not appear to be life threatening.

The owners of the home, 34-year-old Harold Brigman and 40-year-old Toni Brigman were arrested on charges of maintaining a common nuisance.

They are being held in the Elkhart County Jail without bond.