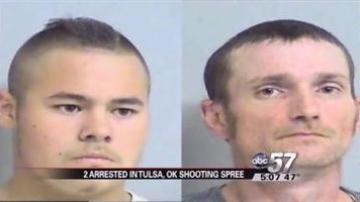 TULSA, Okla. – Two men are in police custody for a shooting spree in Tulsa, Oklahoma.

Police are currently investigating the possibility that the shootings were a hate crime. They are facing several charges for murder and shooting with the intent to kill.