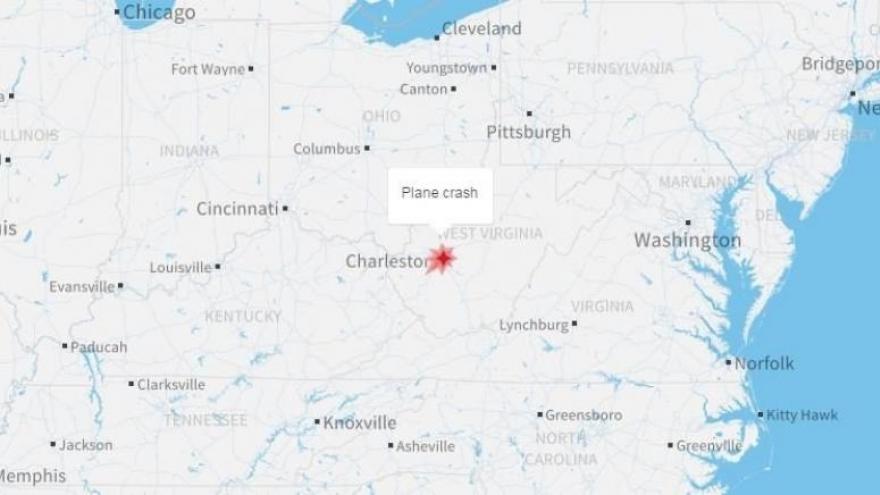 The left wing of the plane struck a runway during the landing, and the aircraft crashed in a wooded area, Kanawha County emergency officials said.

The company was working as a subcontractor for United Parcel Service, UPS spokesman Steve Gaut said, and the flight originated in Louisville, Kentucky.

Traffic diverted to other airports

The FAA will investigate, and the National Transportation Safety Board will determine the cause of the crash. The agency is sending six investigators and support staff to the site.

At present, Herrald said, there are no incoming and outgoing flights because crews are clearing debris from the site. Air traffic has been diverted to other airports.

West Virginia American Water says it is monitoring the crash site for fuel leaks into a tributary of the nearby Elk River and is in contact with state and local crews. The utility said the state Department of Environmental Protection is "deploying booms and absorbent materials in a ditch" to keep any leak from reaching the river.

"The treatment plant's continuous source water monitoring panels have detected no changes in water quality," the company said in a statement. "The situation does not warrant any drinking water advisories at this time."