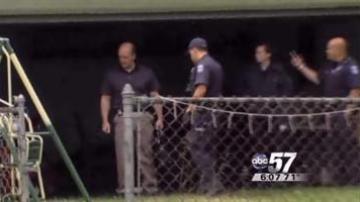 WARREN, Mich. – Two men are in custody after police say they beat, burned and shot a pregnant woman.

One of suspects is the father of the woman's unborn baby. Police say the woman was abducted after dropping her baby's father off at his home.

The 22-year-old who is nine months pregnant is in stable condition. She could be released from the hospital soon.

The police commissioner said both men are being held on attempted murder charges. The two men could be arraigned Tuesday.