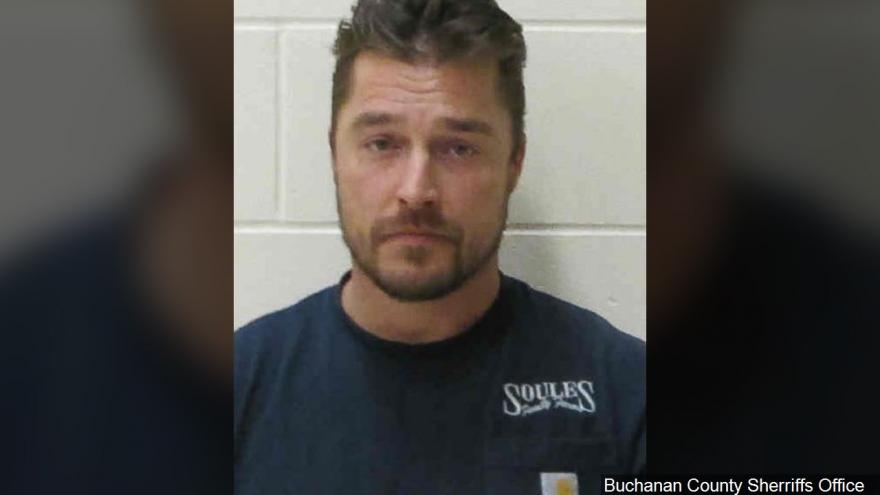 INDEPENDENCE, Iowa (AP) — A farmer who appeared on ABC's "The Bachelor" pleaded guilty Tuesday in a fatal crash last year near his home in northern Iowa.

In an agreement with prosecutors, Chris Soules pleaded guilty to a reduced charge of leaving the scene of a serious injury accident. The misdemeanor charge carries a penalty of up to two years in prison. Soules' attorney said he could also get a deferred judgment and no jail time when he's sentenced in January.

Soules, who appeared on "The Bachelor" and "Dancing With The Stars" in 2015, had been charged with leaving the scene of a fatal crash, a felony that carries up to five years behind bars.

Soule, 36, was arrested after he rear-ended a tractor the night of April 24, 2017, killing 66-year-old Kenny Mosher. Soules called 911, performed CPR on Mosher and waited for first responders, but left before police arrived.

"I acknowledge I did not provide the registration number of the vehicle I was driving to 911 or law enforcement" as required by state law, Soules said in his written plea.

Brandon Brown, an attorney for Soules, said in the agreement that the crash was unavoidable and suggested that Mosher bore some responsibility. Brown said Soules was traveling on a dark, rural highway when he hit the back of the tractor, which did not display required flashing amber lights, according to Soules and another witness.

"Based on witness testimony, the tractor could have been traveling as slow as 6 mph at the time of the accident," Brown said. "Mr. Soules was traveling under the speed limit at the time of impact."

Witnesses at the scene of the crash said Soules gave no indication of being impaired, Brown said, adding that Soules' head hit the windshield of his car in the crash, shattering it and causing a concussion.