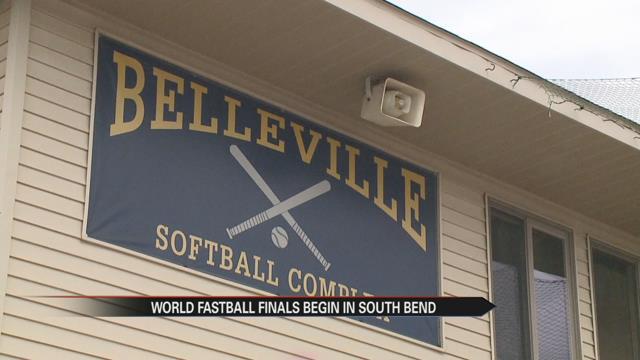 The Opening Ceremonies were held Sunday.

Jack Fireman, the owner of the Toronto Gators, said, "A sport for the people that find baseball boring because it's a much quicker game and it’s seven innings as opposed to nine innings but the rules are very similar. The only difference is the field is a little bit smaller by a third and the pitchers pitch windmill as opposed to overhand.”

And for many, this is a family tradition.

One former player from Ontario, Ed Winkworth, came down to watch his sons play in this week’s tournament.

"Hardball takes three to four hours a night but softball it can be all over in about an hour and a half if everything goes well," Winkworth said.

Visit South Bend says the event will bring in over $1.2 million to the area's economy.