2020 Notre Dame-Navy game moved from Ireland to US 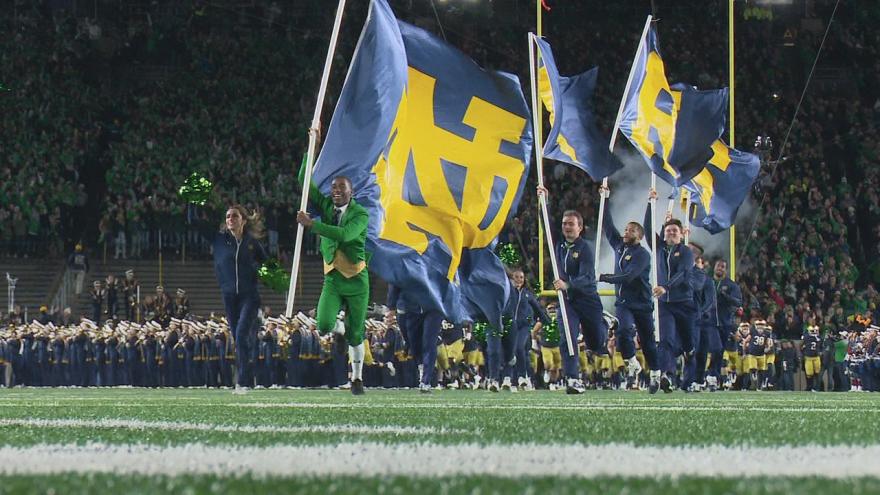 SOUTH BEND, Ind. - This year's Notre Dame-Navy football game will be played in Annapolis, Maryland instead of Ireland due to the COVID-19 pandemic.  Notre Dame made the announcement Tuesday morning.

The two teams planned to play at Aviva Stadium in Dublin.

In a press release, officials say the decision to move the game came after "extensive consultation with the Irish government, medical authorities and the administrative staffs at Navy and Notre Dame."

According to that release, the game will be played at Navy-Marine Corps Memorial Stadium in Annapolis, likely Labor Day weekend.  Officials believe the game will be televised nationally by ESPN or ABC.

The Irish and Midshipmen last took their legendary rivalry to Dublin in 2012.  Notre Dame says they expected around 40,000 people from the U.S. to attend this year's game.

Notre Dame says both programs will work on a plan to return to Ireland in the coming years.  Information on ticket refunds will be coming soon.