21 Animals in alley had been shot with pellets or BBs 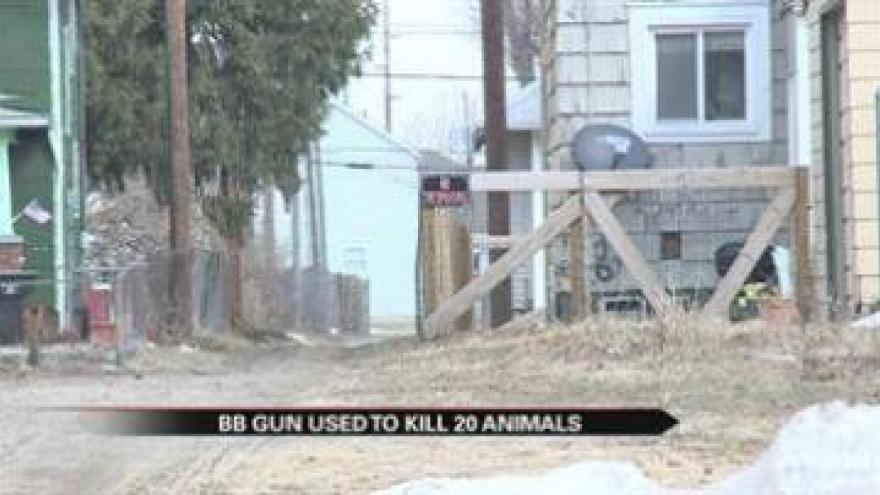 SOUTH BEND, Ind. -- The necropsies have been completed on the animals found in an alley off Indiana Avenue in South Bend. The animals were shot with either pellets or BBs.

In mid-March, 21 dead animals were found in the alley.

There were rabbits, squirrels, a possum and at least one house cat.

"As a pet owner, a lifelong pet owner, this is very disturbing that someone would do this," said Captain Phil Trent of the South Bend Police Department. "Some of these animals were in very poor condition."

"I just can't believe someone could do this to an animal," said Rahmah.

Captain Trent says they have a suspect in mind, they just need more information. And they need someone from the community with information to come forward.

"We believe there's someone out there that has a very good narrative of what exactly took place and over what period time, why," said Trent.

Rahmah hopes someone speaks up soon. She says losing a pet is like losing a child.

"I really hope they get these people or person, whoever did this. Just give them some kind of jail time or something because this is not a joke. These were people's pets, and to some people, these were like children," said Rahmah.

Police have offered a $750 reward for information that leads to an arrest in this case. Contact Crime Stoppers at 574-288-STOP or 800-342-STOP if you have any information.