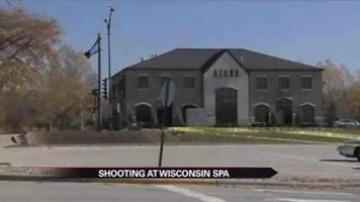 Police said the shooting happened at the Luxury Spa around 11 a.m. Sunday.

Four people were taken to the hospital and the nearby mall immediately went into lock down.

Police say the suspect died of a self-inflicted gun shot.

This mass shooting happened exactly 11 weeks after a white supremacist gunman opened fire in a Sikh temple just 25 miles away.