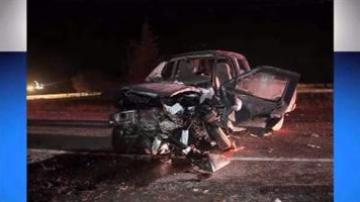 GENEVA TWP. Mich. – Two kids and a young woman were killed in a car crash in Van Buren County.

It happened just after 7 p.m. Tuesday on the 61000 block of County Road 388 in Geneva Township. Deputies tell ABC57 News the driver of a Ford F-150 tried to a pass an Oldsmobile and it slammed into a car head-on.