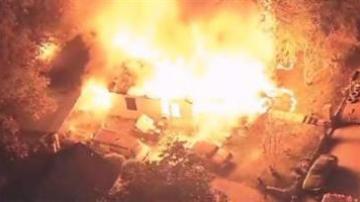 JACKSON, Miss. – Three people are dead after a plane crashed into a home in Jackson Mississippi.

It happened late Tuesday night. Smoke and flames consumed the house. The homeowner miraculously made it out alive.

The three people on-board the plane died. It's not yet known what caused the small plane to crash.