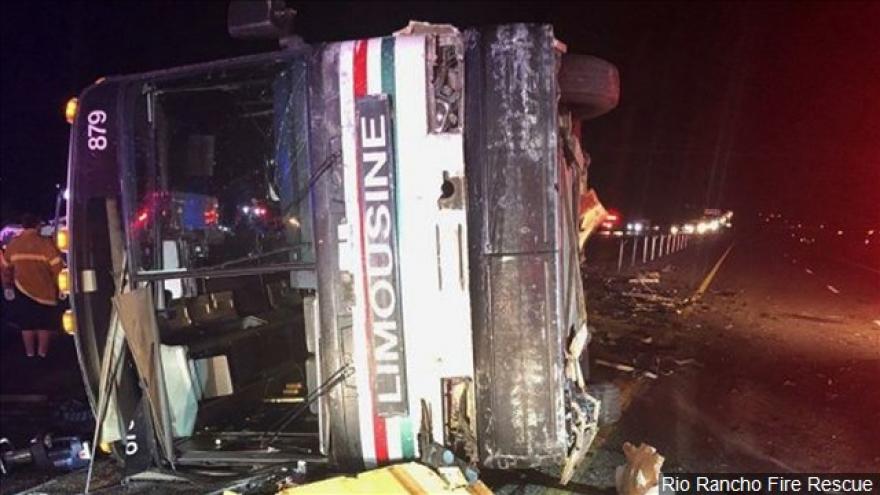 BERNALILLO, N.M. (AP) — The conditions of three patients have been upgraded following a deadly crash involving a commercial passenger bus and three other vehicles on a New Mexico highway early Sunday.

Twelve people remained hospitalized Tuesday, and officials at University of New Mexico Hospital say three of the four who were initially listed in critical condition have improved.

Authorities said three people were killed and a total of 24 were injured. Investigators have yet to positively identify the dead.

One of the people killed was in a car that struck a pickup truck from behind about 2 a.m. Sunday on Interstate 25 north of Albuquerque. The bus driver took evasive action to avoid the disabled car but lost control. The bus rolled and was sideswiped by a semi-truck.

The wreck forced the closure of the interstate for hours.