30 dead, more than 150 missing after boat sinks on Congo lake 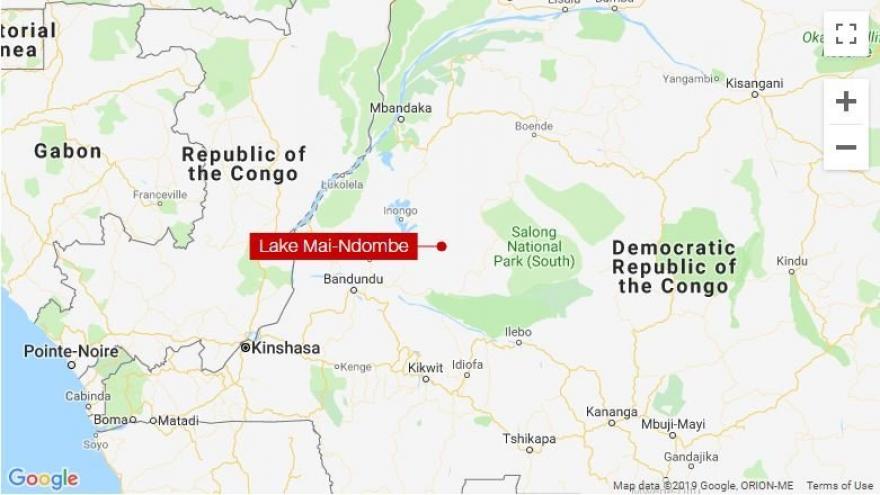 Thirty people are dead, and dozens of passengers are missing after a boat carrying more than 350 passengers capsized on a lake in the Democratic Republic of Congo, local officials told CNN. Source: CNN
By Bukola Adebayo and Patrick Felix Abely, CNN

(CNN) -- Thirty people are dead, and dozens of passengers are missing after a boat carrying more than 350 passengers capsized on a lake in the Democratic Republic of Congo, local officials told CNN on Monday.

Simon Mbo Wemba, mayor of the town of Innogo in western Congo told CNN local divers leading the search operation have also found 183 survivors from the site of the sinking.

Wemba said the overloaded vessel departed from Innogo but sank off Lake Mai-Ndombe in the country's west after it hit "violent winds" a few kilometers before arriving at its destination Saturday night.

"There are 183 survivors, but the ship had more than 350 people on board. This is provisional as we are still working day and night looking for more people," Wemba said.

Boat accidents with high fatalities are common on Congo waterways, where water is a major form of transport for many living in rural areas.

In 2015, more than 100 people were declared missing after two boats collided on the Congo River in 2015, according to the World Health Organization.

The agency said passenger boats often sink in Congo due to the age of the vessels and their operators' failure to follow rules of navigation.

As many as 150 people went missing after a boat sank on a lake in eastern Congo in April.

President Felix Tshisekedi declared three days of national mourning after the boat disaster and said all boats plying its waterways must have life buoys.