34 pot farms have burned down in California wildfires 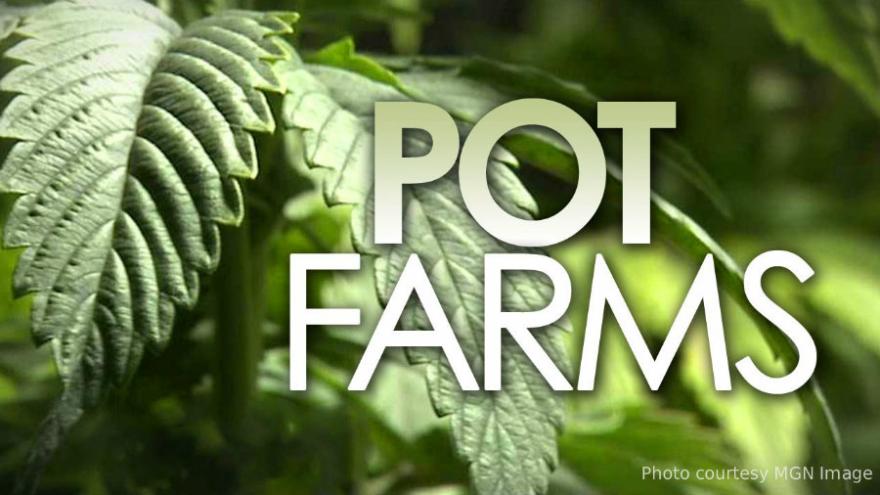 34 farms have been destroyed as of Friday, according to Hezekiah Allen, executive director of the California Growers Association.

But he said that number is likely to rise.

"Unfortunately, it will grow significantly," Allen said. He's working to confirm additional reports of burned farms by making phone contact with the farmers. "Just the scale of this event is kind of numbing."

The fires that started sweeping across the state earlier this month are the most destructive in California's history. The fires have burned 245,000 acres, destroyed 7,700 structures and killed 42 people, according to Cal Fire, the state's firefighting department.

Allen said he managed to confirm that 25 farms were destroyed in Sonoma County, which are included in his statewide tally. He's still trying to reach the remaining five.

He said the farmers are "thankful to be alive," but the devastation is "heartbreaking," especially since none of them are insured.

Allen said the fires happened with "uniquely bad timing." California's legal recreational marijuana market is slated to launch on January 1, and hundreds of dispensaries and stores will need stock on their shelves.

Also, he said many farmers have used their savings to apply for state permits, which costs as much as $50,000.

Federal law prohibits banks and financial institutions from participating in the marijuana industry, even in the eight states where recreational pot is legal, because marijuana is illegal according to federal law.

Federal prohibition makes it difficult for cannabis farmers to get insurance.

"The road to recovery is going to be long," said Allen, a former cannabis farmer who sold his ranch in 2012. "We live harvest to harvest so we're looking at how we get people to the next harvest. Right now, our immediate goal is making sure folks have what they need to get those seeds in the ground."

The fires are unlikely to make much of a dent in marijuana supply, despite the devastation, because there are so many farms.

Medical marijuana has been legal in California since 1996.

Cal Fire said that 10,000 firefighters were still battling nine large wildfires and about 15,000 people are still evacuated, but they're making progress with help of rainfall.