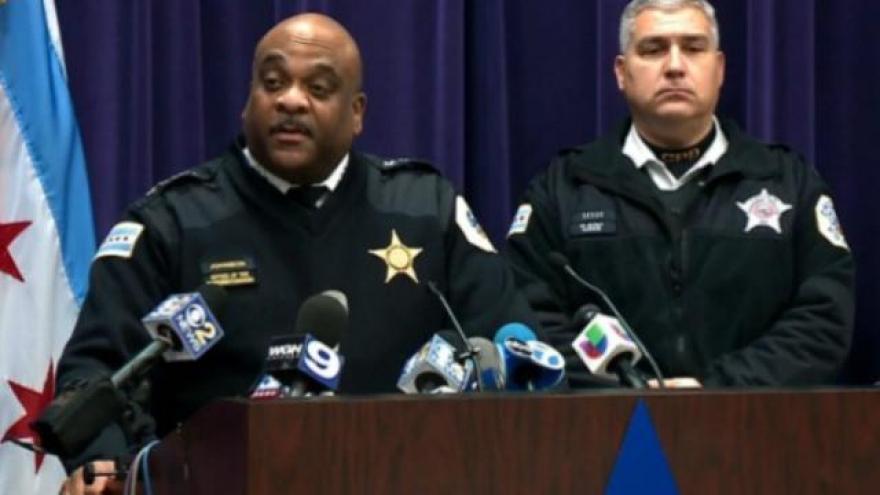 (CNN) -- A young woman who broadcast the beating of a man on Facebook Live has been arrested with three others in connection with the gruesome attack, Chicago Police said Wednesday.

The disturbing 30-minute video shows a man tied up and his mouth covered, cowering in the corner of room. His attackers laugh and shout "f*ck Donald Trump" and "f*ck white people" as they kick and punch him and and cut into his forehead with a knife.

Police found the disoriented victim, described as a man from the Chicago suburbs with special needs, wandering the street and brought him to a hospital. Shortly afterward, officers responded to a battery call at a residence near where the man was found and found signs of a struggle and damage to property, police said.

After viewing the video they determined the victim was the man they had found on the street and that the people arrested were involved, Chicago Police Department Chief of Patrol Eddie Johnson said.

"It's sickening," he said in a news conference Wednesday. "It makes you wonder what would make individuals treat someone like that."