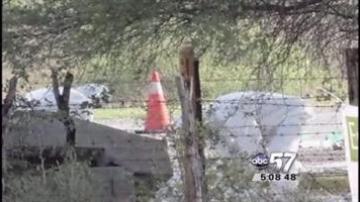 Police found at least 49 decapitated and dismembered bodies along a highway just outside of Monterrey, Mexico, about 80 miles from the U.S. border.

The bodies were found Sunday morning. A message written on a wall nearby refers to a drug cartel. It appears the victims were killed sometime near the end of last week.

Officials have not ruled out the possibility that the victims could be Central American immigrants.