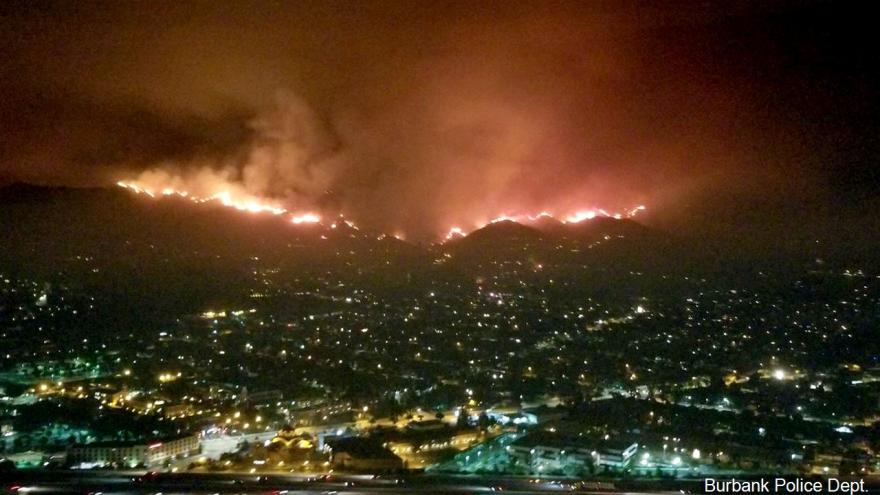 (CNN) -- More than 5,000 acres have burned in the intense La Tuna brush fire near Burbank, California, forcing people from their homes, shutting down an interstate and sending massive plumes of smoke in the air, the Los Angeles Fire Department said.

Mandatory and voluntary evacuations were taking place, Capt. Branden Silverman said Saturday, but there were no reports of injuries. He suggested that everyone have a plan to evacuate if the need arises. Burbank is in Los Angeles County.

The fast-spreading blaze broke out Friday and tore through the La Tuna Canyon Park area of the Verdugo Mountains, the Los Angeles Fire Department said.

More than 260 firefighters were working to put down the blaze, but as of Friday night, it was only 10% contained, said Margaret Stewart, a fire department spokeswoman.

About 200 homes were evacuated Friday, the spokeswoman said.

Police shut down all traffic on the 210 Freeway as the fire moved across the highway, officials said. It remained closed Friday night.

Firefighters working to control the fire and those living in much of southwest California will see "near record breaking heat" on Saturday.