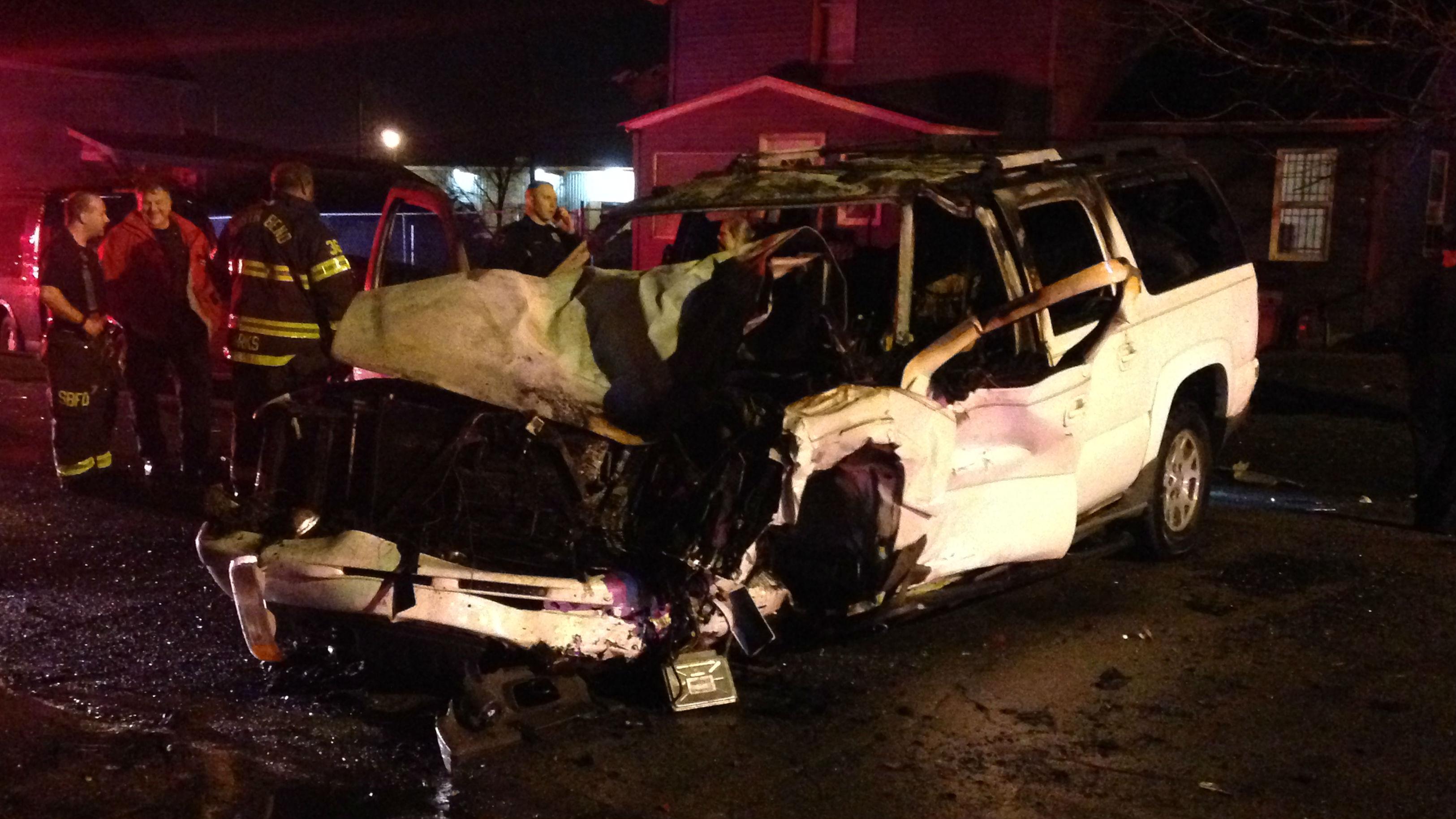 Some vehicles involved were parked in the area.

The crash happened around 3:30 a.m. in the 2000 block of west Indiana Avenue in South Bend.

Fire crews say a white SUV was fully engulfed in flames when they arrived.

The two people in the SUV were able to get out in time.

3 people involved in the crash were taken to the hospital and no fatalities have been reported.

It is unclear what caused the crash at this time.

The crash remains under investigation and it is unknown if speed or alcohol were factors.