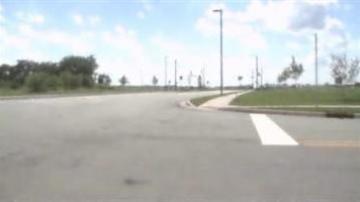 SOUTH BEND, Ind.-- More than two years have past and neighbors in one north west South Bend neighborhood are starting to doubt the phrase if you build it they will come. However after doing some digging ABC 57 has learned the owners of a large parcel of land in question, are still planning to develop a $50 million dollar retail and residential project.

Last fall the city pumped $2.9 million dollars into the infrastructure, like the sewer, streets, utilities, sidewalks, curbs and landscaping, but the owner of the property has yet to announce any development on the project that have been on the table for more than two years.

"We are actively having conversations with the developer they were in last week as a matter of fact, so they are that active on this site," said Schalliol.

Christa Nayder, a planner with the South Bend Area Planning Commission says the land was rezoned in May of 2010. When this first came in, it was one piece of property, it had been zoned "O-office" and it went through the rezoning process and it is now zoned PUD, planned unit development. It is a mix use project there's a proposal for residential, commercial uses and potentially other uses on the site," she said.

An assisted living facility for no more than 45 residents is clearly visible on the blue prints. At this point the owners haven't submitted building permits. Nayder said, "We're also waiting for a final sight plan to come in, in pieces when each lot decides to develop."

Schalliol said the master plan on this development plays a direct flow into the Portage Prairie development, a few blocks to the north of the site.

Eventually when development gets rolling Schalliol said the city would ideally like to build a bridge over the Indiana Toll Road creating a gateway into both the Huttsfield Square Subdivision and the Portage Prairie development.