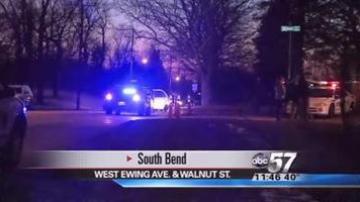 SOUTH BEND, Ind. -- Tyree Scott was sentenced to 50 years in prison for the felony murder of Christopher Simril in February 2012.

Scott was charged in June 2013 with murder, felony murder and attempted robbery in Simril's death.

Simril's was found February 26, 2012 at Walker Park with multiple gunshot wounds to the head.

Two other people have been charged in this case.

Keion Goss was charged with conspiracy to commit robbery. Goss will be in court again March 4.

Gregory Townsend was also charged with conspiracy to commit robbery and attempted robbery. He will be in court on Wedensday.