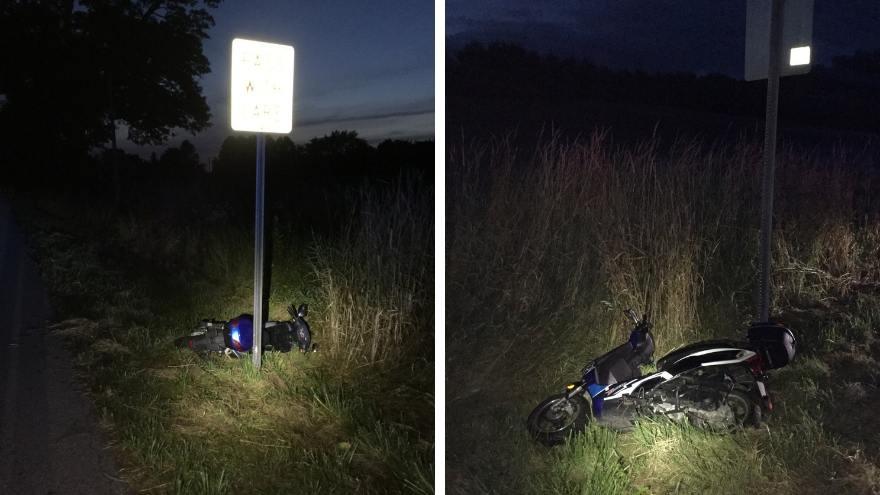 CASS COUNTY, Mich.—A 52-year-old man was injured in a crash involving a moped on August 15, according to the Cass County Sheriff.

Around 10:45 p.m. on Thursday, deputies were called to investigate a crash involving injuries on U.S. 12 near Tharp Lake Road in Mason Township.

Police found that 52-year-old Mark Underly of Union was driving his moped eastbound on U.S. 12 when he looked across the road and then ran off of the road, hitting a “no passing” sign.

Underly was taken to a local hospital for treatment of his injuries.

Police say that alcohol is believed to be a factor in the crash.