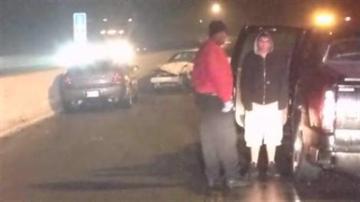 MERRIVILLE, Ind. — Slow down. That's the advice from Indiana State Troopers after they responded to a six-car accident that sent four people to the hospital on I-65 Saturday morning.

Police said that the first car spun out on the icy roads and struck the median. Then the other driver lost control and actually struck the driver of the first car who had gotten out of his vehicle.

Four other vehicles lost control and were damaged at the same location.

All of the injuries were non life threatening.

Troopers warned that if you are involved in an accident, you should remain in your car.