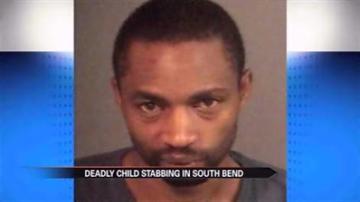 SOUTH BEND, Ind. — The six-year-old girl who police say was stabbed to death by her father on Sunday has been identified.

The victim was identified as Shirley Mundia. She recently graduated from Veritas Academy in South Bend.

It is with great sadness to learn of the passing of one of our students Shirley Mundia. Shirley was a kindergarten student at Veritas Academy.  She was very well like by all of the other students. She was always doing the right thing, very sweet, quiet, smart and hard working.  She was a happy little girl, always gave hugs and was always smiling.  Shirley graduated from kindergarten last Thursday.  We love her and will miss her.  She liked everyone, loved school, and loved learning.

Our Thoughts and Prayer goes out to the Mundia family and the students of Veritas Academy.

Her mother is recovering from stab wounds. She was also allegedly stabbed by Mundia's father, Edward Mwaura, according to police.

When police entered the mother's Irish Hills apartment they saw Mwaura on top of his daughter, stabbing her repeatedly.

An officer shot and killed Mwaura.