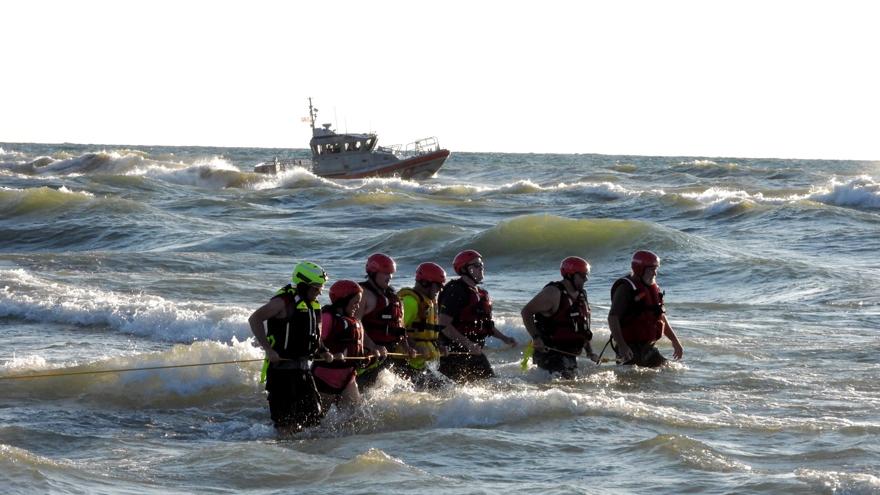 SOUTH HAVEN, Mich. -- A 7-year-old drowned and a 33-year-old man is still missing after swimming in Lake Michigan in South Haven Wednesday evening, according to South Haven Police.

South Haven Police and South Haven Area Emergency Services were dispatched to the north beach in South Haven at 7:30 p.m. Wednesday for reports of several people struggling in Lake Michigan.

When responders arrived, they found several young girls who had been pulled out of the water by family and bystanders.

A 33-year-old man from Ohio and a 7-year-old from Texas were missing.

Resuscitation efforts were started on shore and he was taken to the hospital. He was later pronounced deceased.

The 33-year-old man remains missing and is presumed to have died.

Police said at the time of the incident, the beach had a red flag by the North Pier, which was closed. And yellow flags to the north.

Lake conditions prevented the use of dive personnel in the search.

The search for the missing man will resume when lake conditions improve.