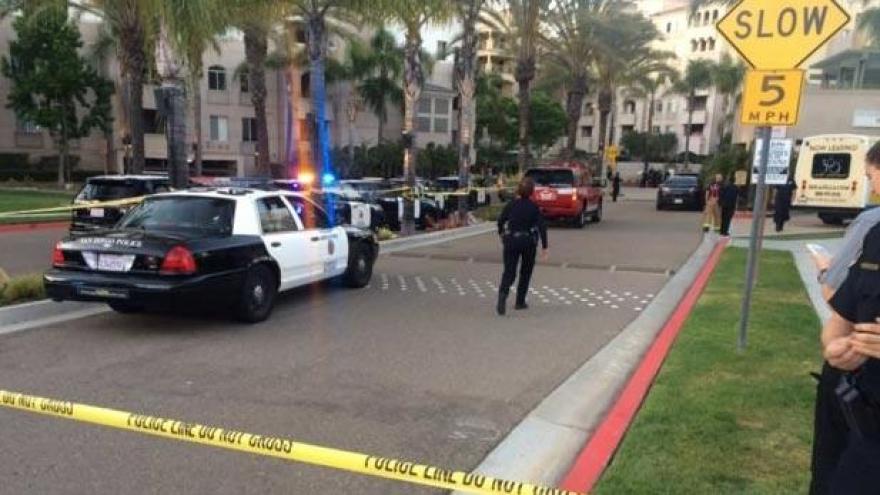 (CNN) -- A gunman opened fire at a San Diego apartment complex on Sunday evening, wounding eight people before being killed by police officers, according to the San Diego Police Department.

The shooting occurred around 6 p.m. in the pool area of the apartment complex in the La Jolla neighborhood, police said.

The victims were transported to local hospitals and some are in critical condition, said Police Chief Shelley Zimmerman.

It's unclear how many people were at the pool at the time of the shooting.

The gunman was killed during a confrontation with officers, said Zimmerman.

The gunman, who has not been identified, appeared to be reloading his gun when three officers arrived to the scene. Three officers shot the man after he pointed his gun at them, police said.

The shooter's motive has not been determined.