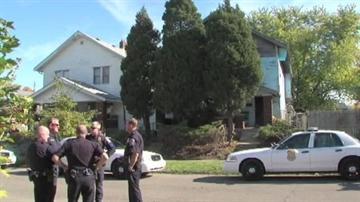 INDIANAPOLIS — Police are searching for any information after an Indianapolis woman was found tied up with rope and duct tape in a basement.

Police say the 83-year-old woman was left there for at least two days.

Construction workers were working in the area and noticed the back door to the home was open.

The workers had been working with the woman on her home but had not heard or seen her Monday morning.

The workers heard loud noises in the basement and went to investigate. That is when they found the 83-year-old woman tied to a chair.

The woman told police one or more people forced their way into the house and robbed her.