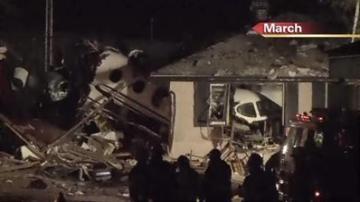 In March 2013, a small jet crashed into three houses on Iowa Street in South Bend, killing two passengers and injuring one person on the ground. ABC57 has obtained the 9-1-1 calls that came in immediately after the crash.

The city released all of the 9-1-1 calls from witnesses as well as the communication tapes from emergency crews.

We also obtained several police reports written by officers at the scene.

One of them details that one of the three homes hit by the plane was almost gone.

Another details how officers found two passengers who were fatally injured in the back yard.