9-year-old died by suicide after he was bullied, mom says 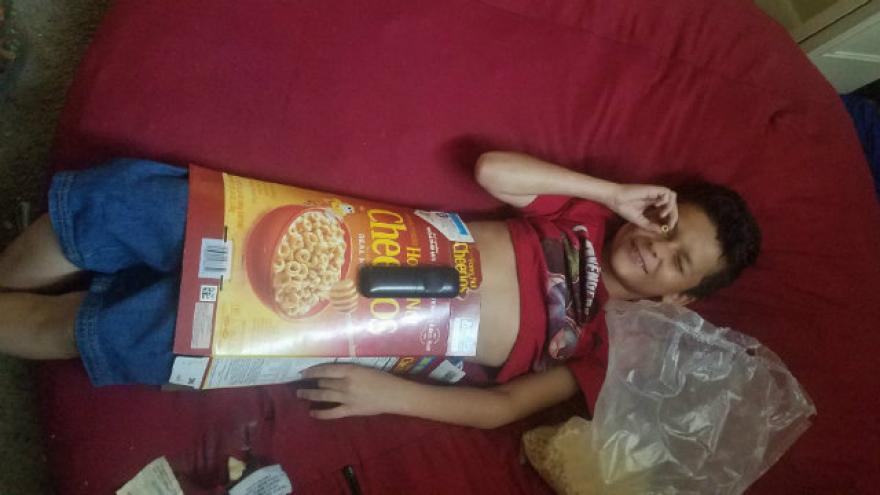 A Colorado 9-year-old ended his own life on Thursday, shortly after coming out as gay and being bullied at school, according to his mother. Photo courtesy Leia Pierce

(CNN) -- A 9-year-old boy in Colorado took his life days after starting the fourth grade last week. He had recently come out as gay to his mother, who believes that bullying was a factor in his death, she told HLN's Mike Galanos on Tuesday.

"The same kids who picked on him last year were even meaner to him once he came out and said he was gay," said Leia Pierce, Jamel Myles' mother. "They hurt my baby."

Denver Police said that Jamel's death appears to be a suicide.

Though suicides rates for those under 13 are far lower than for teens and adults, experts have looked closely at a rise in deaths in recent years -- and what makes suicide-related behavior different for young children.

"Impulsivity plays a big role in the suicidal behavior of young kids not thinking through actions," said John Ackerman, a clinical psychologist and suicide prevention coordinator for the Center for Suicide Prevention and Research at Nationwide Children's Hospital. Ackerman was not involved in evaluating Myles' case.

Ackerman said that for some young kids, it can be hard to process or put the brakes on heightened emotional responses. Whereas teens may go through a series of thoughts and stages before engaging in suicidal behavior, for young children, "an impulse towards suicide can escalate really quickly," he said.

These data don't account for nonfatal suicide attempts, but other research has seen a rise in that, too: The percentage of younger children and teens hospitalized for suicidal thoughts or attempts in the United States "almost doubled" between 2008 and 2015, according to a study published June in the journal Pediatrics. That study also found a seasonal pattern, with rates being lowest in the summer and highest in the spring and fall -- around the time when school is in session.

Not just a 'teenage problem'

When looking for the warning signs for suicide in kids, "many people look for signs of depression," Boesky said. But that is more typical to teens, who tend to show mood swings and depression, she said.

A study in 2016 found that kids under 12 who died by suicide were more likely to be diagnosed with attention-deficit disorder than older kids. The authors say this could mean younger kids with mental health issues are more susceptible to impulsively responding to problems in their lives.

"That doesn't mean that most kids with ADHD are suicidal," said Ackerman, who was not involved in that study, but it does highlight the role impulsivity might play.

Experts say that bullying and suicide are closely related but caution against drawing too direct a link.

According to a CDC report, both bullies and their victims may sustain "serious and lasting negative effects" on their mental health, and they are more likely to report high levels of suicide-related behavior. But bullying isn't necessarily a direct cause of suicide, the report says. Most kids affected by bullying don't engage in this behavior.

"Bullying is one risk factor of many," Ackerman said. Another risk factor, he said, is being male.

Ackerman said a "suicide gender paradox" has been well-documented in older age groups, in which men are "overrepresented" in suicide deaths while women attempt suicide at higher rates.

"I think there are cultural differences in the ways that boys are invited to seek help and how that's perceived. I don't think we do a good job of empowering our boys to recognize that being emotionally distressed is OK and that there are ways to get help," he said.

"They're at a point in their life where they rely on others to determine who they are, much more so than adults do. Once you start adding bullying and all the social media use of people giving them direct feedback about who they are all the time, that's concerning to me.

"This is a time when kids should be becoming more resilient, more able to tackle challenges, more able to understand themselves in the social world -- and we're finding out that kids are struggling."

"When we hear a young person making statements about wanting to end their life or they're showing warning signs ... we want to take it very seriously and respond quickly to get them support," Ackerman said.

This might include increased supervision and introducing language to communicate when and how kids are distressed. It might also include educating parents and teachers to recognize when a kid needs help, how to discuss the topic nonjudgmentally and how to connect them with professional help.

"We're not telling everyone to be therapists ... but what we do want is to make sure everyone can be part of that safety net," he said.

In the wake of her son's death, Pierce wants more accountability from everyone involved.

"Our deepest sympathies go out to Jamel Myles' family and the entire Shoemaker [Elementary School] community. We are very saddened by Jamel's tragic loss.

"At DPS, we are deeply committed to ensuring that all members of the school community are treated with dignity and respect, regardless of sexual orientation, gender identity, or transgender status. It is critical that our students receive all the supports they need to learn and thrive in a safe and welcoming environment. Our formal policies and practices reflect this commitment to ensuring that our LGBTQ+ students can pursue their education with dignity -- from policies and training to prevent and stop bullying to formal policies and guidance materials that fully respect gender identity (including use of preferred pronouns and restrooms).

"Our priority right now is to help all students and adults with the grief they are experiencing, to better understand all the facts surrounding this tragic loss, and to do all we can to prevent another tragedy of this nature in the future."