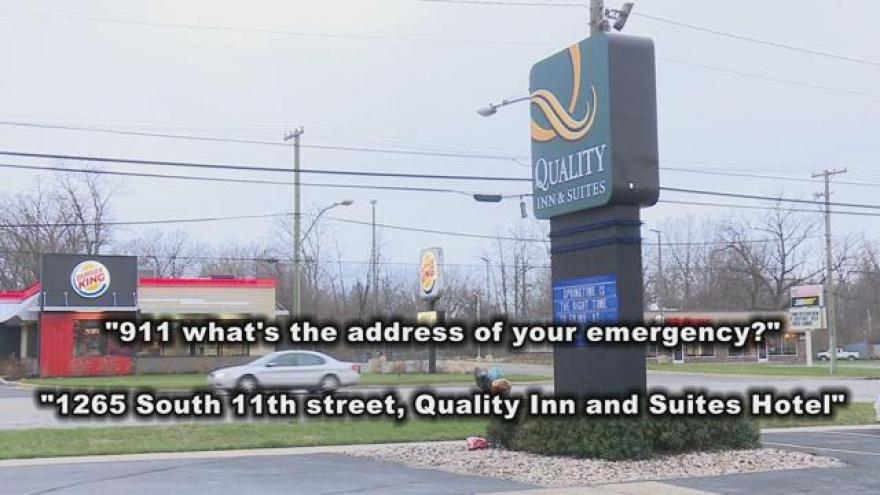 The frantic 911 call placed from a Niles hotel the day 13-year-old Bryan Douglas-Watts died after inhaling carbon monoxide has been released.

Several other teens were hospitalized because of the carbon monoxide exposure at the Quality Inn & Suites on April 1st.

Operator: "911 what's the address of your emergency?"
Caller: "1265 South 11th St, Quality Inn & Suites Hotel."
Operator: "Okay, what's going on there?"
Caller: "We have, like six kids who went swimming and now they're laying by the pool passed out. They’re breathing, they won't wake up. We don't know what's going on. They're kind of foaming at the mouth and stuff and throwing up."

Officials say a lack of a CO detector played a role in the poisoning.

The family of Douglas-Watts initially said they would file a lawsuit against the hotel for what they're calling a “preventable death.”

There have been no new details on that potential lawsuit.