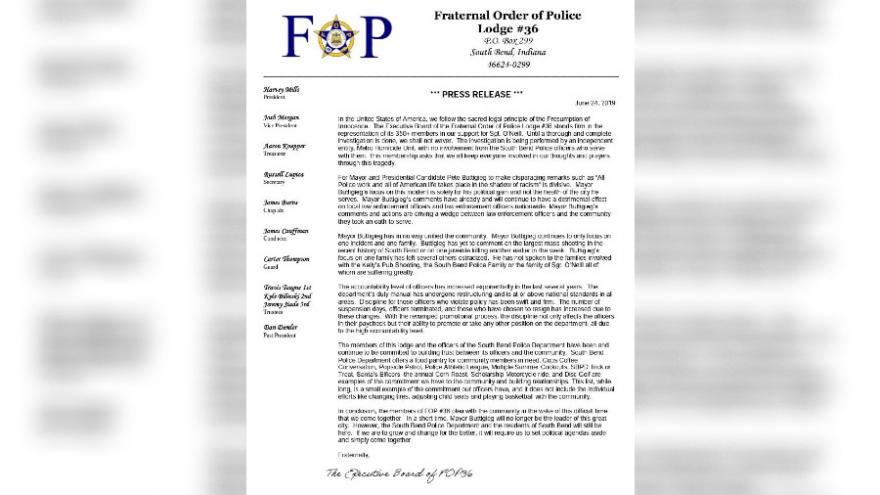 The Fraternal Order of Police, or FOP, commented on Mayor Pete Buttigieg’s reaction to the shooting.

The FOP also confirmed their support of Sgt. Ryan O’Neill, who was the officer involved in that deadly shooting.

"The Executive Board of the Fraternal Order of Police Lodge #36 stands firm in the representation of its 350+ members in our support for Sgt. O'Neill. Until a thorough and complete investigation is done, we shall not waver."

Sgt. O’Neill's body camera was not active at the time of the shooting.

Click here to read the full press release that was posted on the South Bend FOP Lodge #36's Facebook page or read it below: 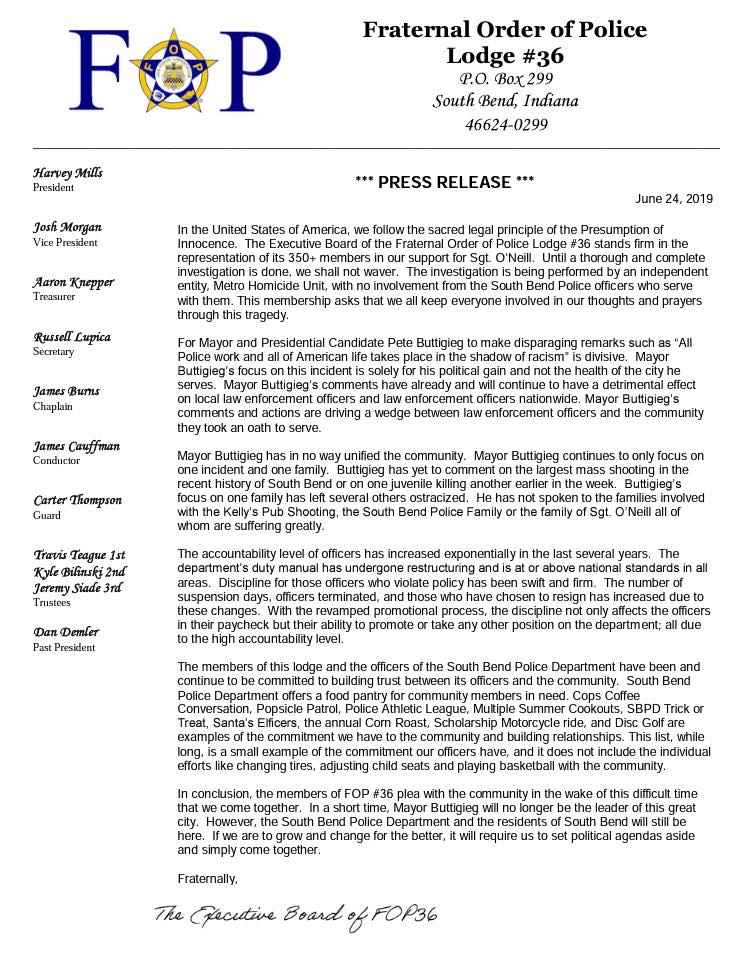