A break from snow Friday, sunshine and highs in the 30s will help clear roadways. Saturday will be a snowy day for most. A burst of snow in the morning will bring a widespread two to three inches. Lake effect then ramps-up on the back side of this clipper, brining totals to more than six inches in the lake effect zone. A break Sunday, then another round of snow Monday and Tuesday. 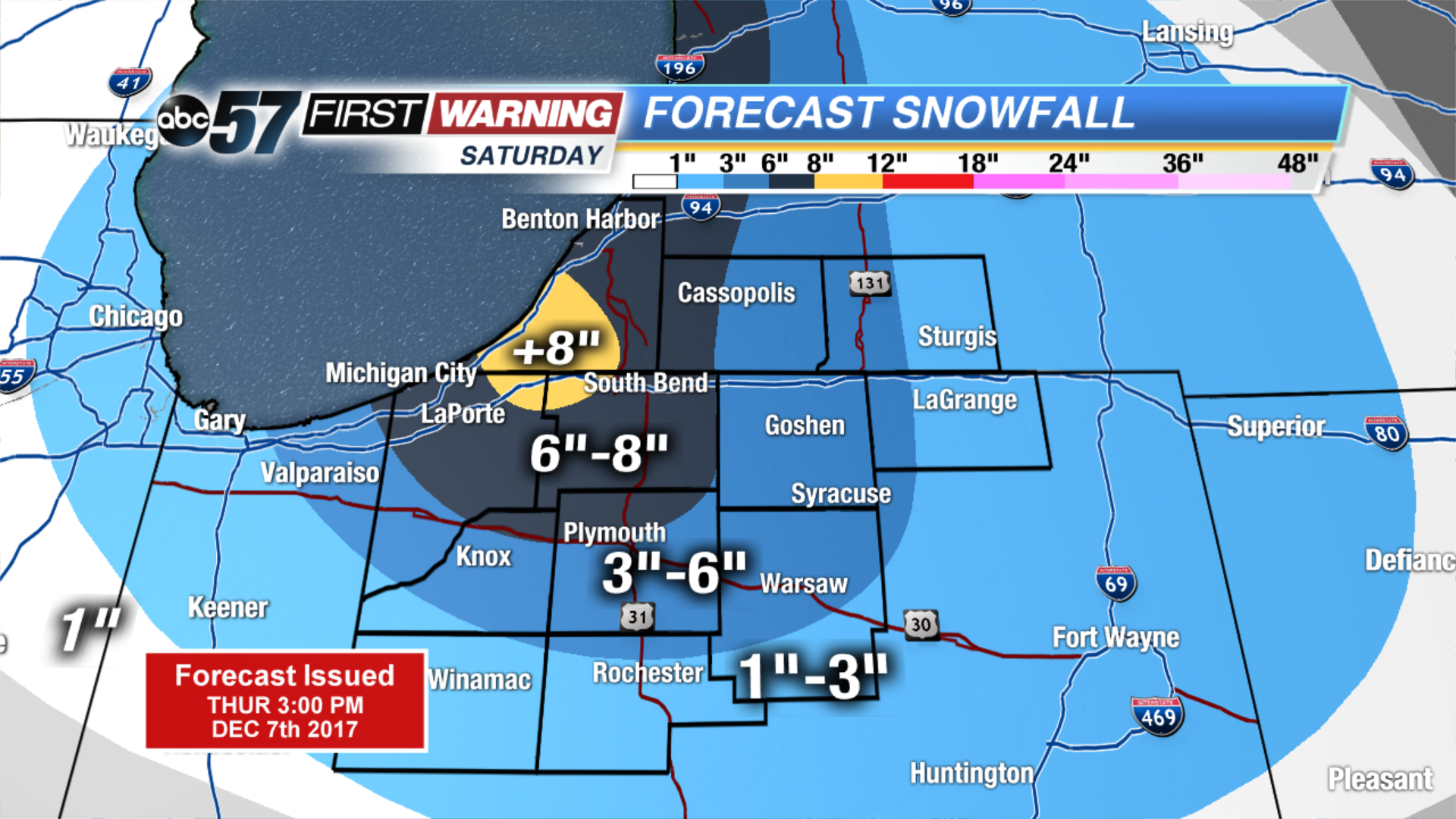 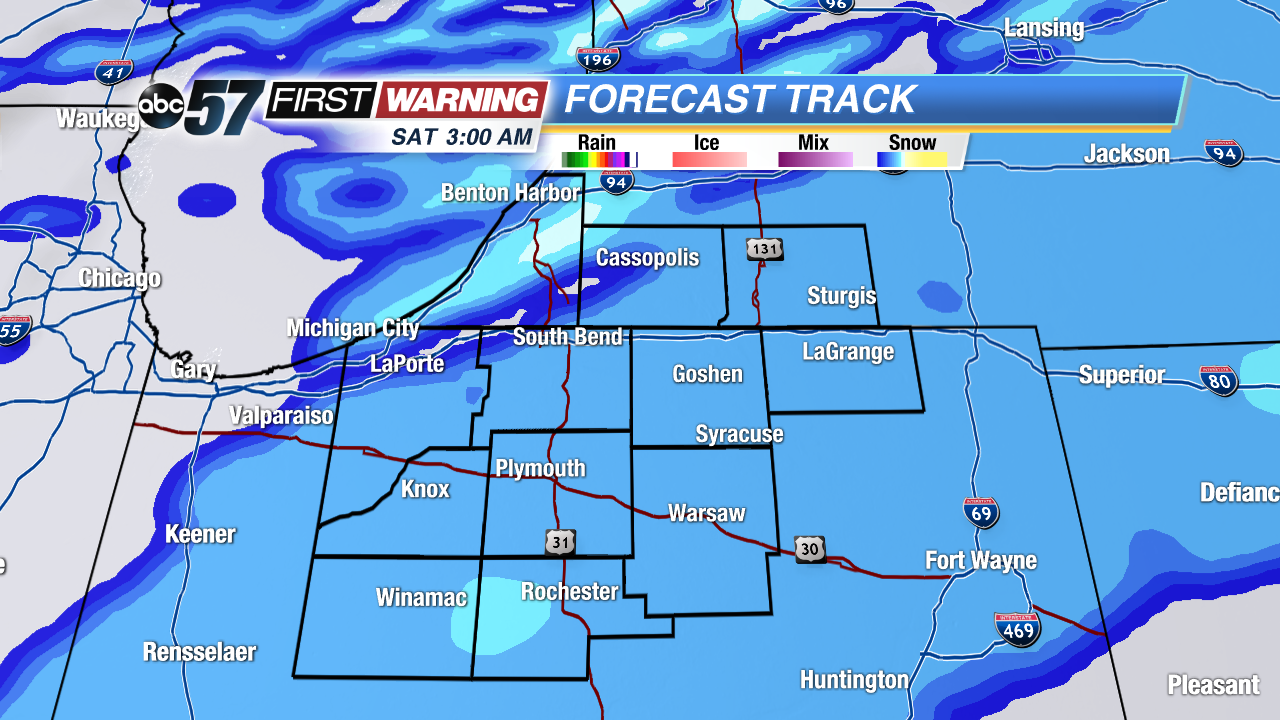 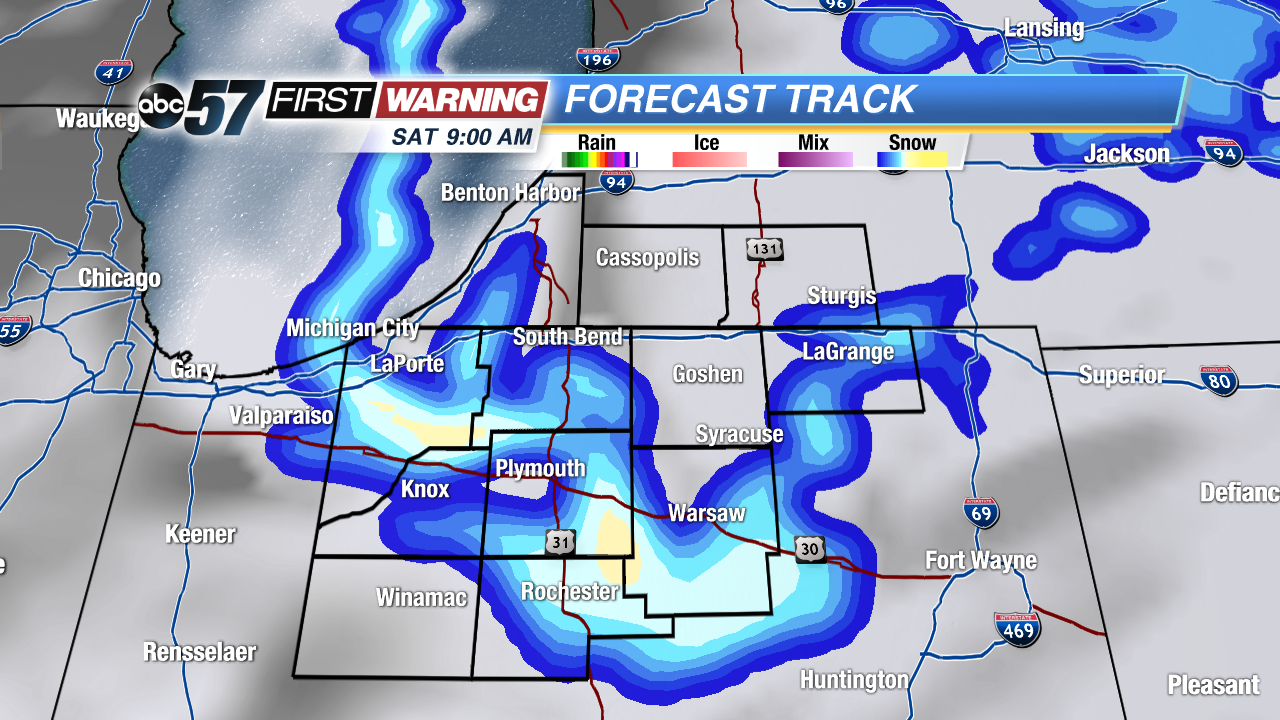