A 'Christmas Tree Ship' at the bottom of Lake Michigan

NOW: A ’Christmas Tree Ship’ at the bottom of Lake Michigan

The bottom of Lake Michigan holds the story of many lost ships and those that voyaged across the lake in them.

What became known as the Christmas tree ship sailed its last voyage in 1912 and still to this day no one truly knows what happened.

The Rouse Simmons, also known as the “Christmas Tree Ship”, disappeared one cold November day. It is now a shipwreck at the bottom of Lake Michigan just off Rawley point in Wisconsin, about 160 feet under water. It became a mystery for many years.

Herman Schuenemann, part owner of the ship, would deliver Christmas trees from Michigan’s Upper Peninsula down to Chicago. He was so invested in Christmas trees that he took on the moniker of Caption Santa. 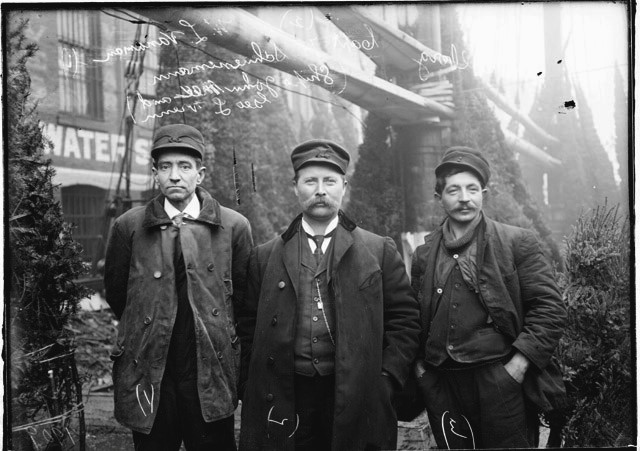 On what would become his last voyage it was said that they had trees piled almost 8 feet high.

One fateful day - the Christmas Tree Ship would sail her last voyage across the lake.

Tamara Thomsen, a maritime archaeologist with the Wisconsin Historical Society, tells the story, “So they departed Thomson, Michigan. There wasn’t the weather service that we have today to predict the weather. So they could tell that the temperature was dropping so they decided to hug the coast of Door Peninsula down to Sandalee ahead of the Gale. Now it had not yet blown up yet, it was still just blowing a fresh wind. To stay in the protection of the coast, they hugged the shoreline and they rode about 5 miles off. When they got to Kewaunee, Wisconsin, they were about 5 miles offshore, they were spotted by the Kewaunee life saving station.”

She explained how there was a sign they were in trouble.

“On their main mast, they had been flying an American flag upside down, which is a sign of distress.”

So the Kewaunee Life Saving station called down to the Two Rivers station to send help but after they searched for two hours the ship was nowhere in sight. It just disappeared.

Christmas trees from the ship started washing ashore on Rawley Point beaches 10 to 20 years after the shipwreck. Tamara says, ”In the in 1930s one of the fisherman off of the Two Rivers area pulled up Caption Schuenemann's wallet in one of his nets. So they knew the ship was there but there was no evidence of where exactly it was, it was sort of a ghost ship.” 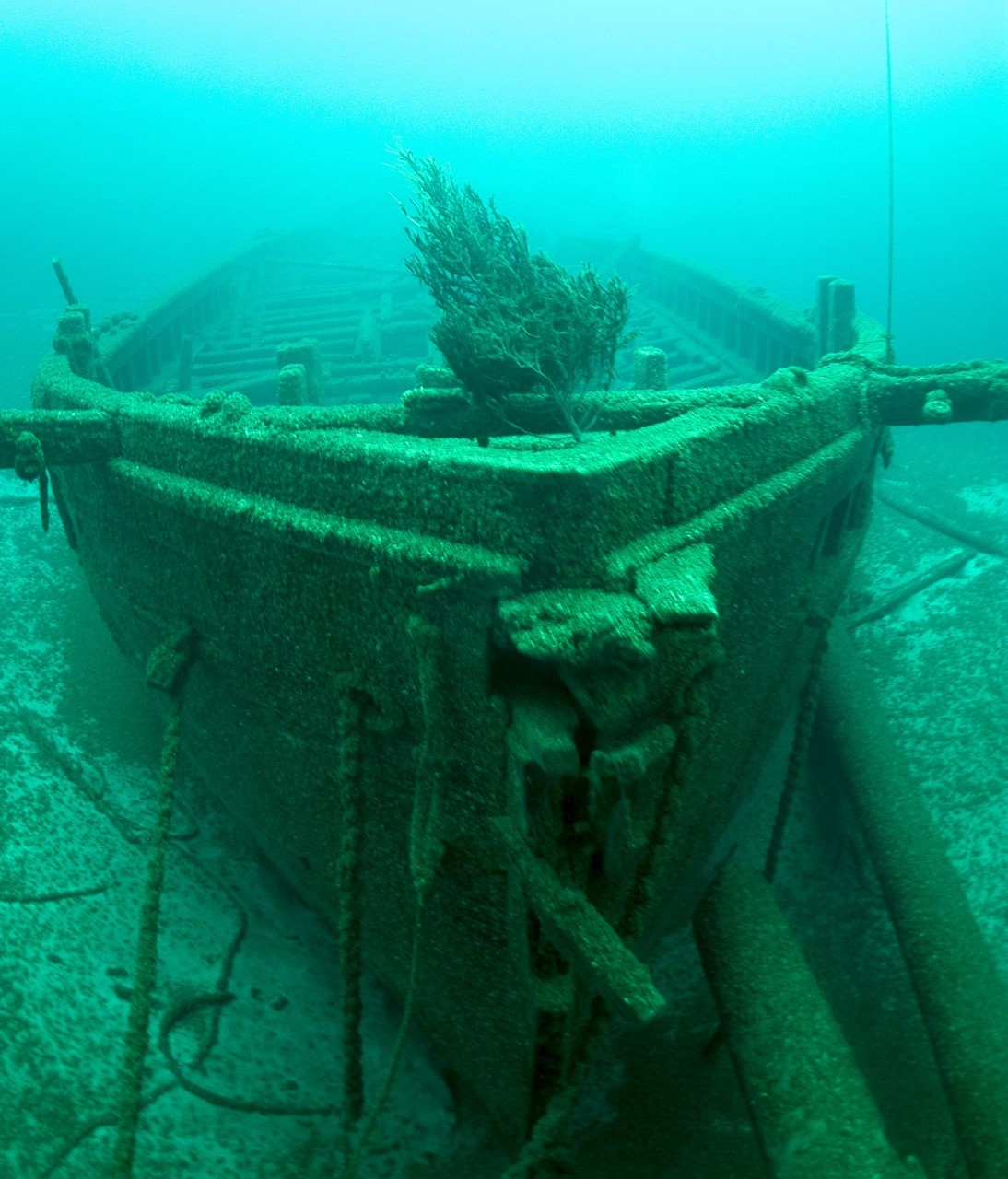 The ship wasn’t discovered until almost 60 year later by divers. In the 1970s,  Kent Bellrichard and a number of other shipwreck hunters discovered the ship. They had been searching for it for years after the Christmas trees had started washing ashore.

The loss of Herman and his crew was such a tragic loss. They are still remembered today and their tradition is still carried. One group is even still using it as a way to give back.

The Christmas Tree Ship committee now has Christmas trees delivered from Northern Michigan to Chicago, IL. However, instead of selling them in Chicago like Herman used to, they donate all the trees to families that otherwise wouldn’t get a tree.

Lieutenant Junior Guard Patrick Puell, says the Coast Guard has been helping them deliver these trees across the lake for 21 years now.

He told me, “Back before Thanksgiving we had a couple of trucks deliver trees that were acquired by the Christmas Tree Ship committee delivered from Dutchman Tree Farms which I believe is in Michigan somewhere.” He continued, “Two trucks came in and we unloaded 1200 Christmas trees from the trucks onto the back of the ship.”

LTJG Buell said the Coast Guard is happy to help deliver the trees because they take that route anyways to pick up summer buoys. He said,

“It’s a really cool opportunity for us here on Mackinaw to get to do it. Who doesn’t want to give a Christmas to folks that otherwise wouldn’t want a tree. I think that’s something we all can get behind. Maybe, especially in a year like this with everything that’s been going on with the COVID-19.”

While the Coast Guard has one of the largest shipments - it’s not the only one carrying Christmas trees across the lake.

Tamara said, “It is pretty neat that this continues on today and it’s not only the Coast Guard, it’s a number of other communities that provide Christmas trees to various cities around the lake and it’s known to kick off the festivities around the holiday.”

A story of tragedy and loss has now turned into a tradition of spreading Christmas cheer and a way to remember those lost in the Rouse Simmons shipwreck.

People still to this day will scuba dive down to see the Rouse Simmons and they say that you can still see some Christmas trees in the hole of the ship.

For the Christmas Tree Ship committee, their mission is fully funded by donations. If you would like to give to their mission, you can donate here.