August was a cool and much drier month for all of Michiana. 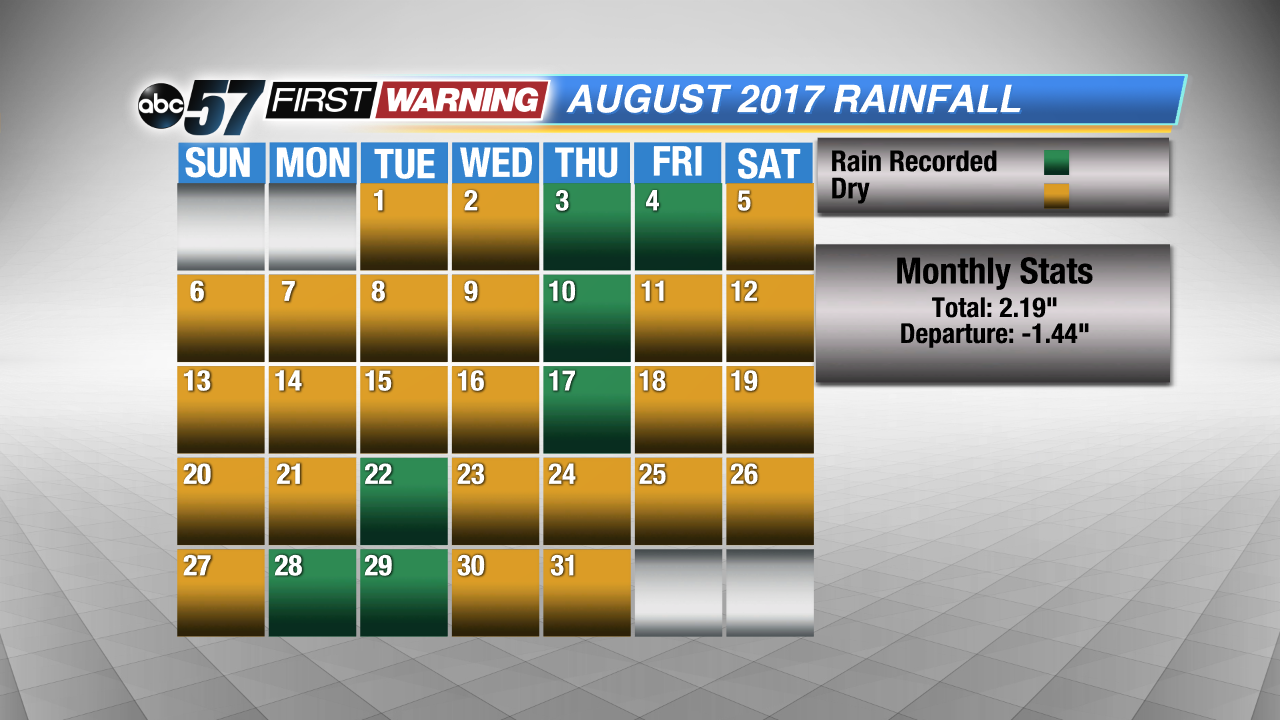 Most of the month saw daily highs in the 70s with a high on August 4th only reaching 66 degrees! The average high temperature for the month of August was 78.7 degrees.

Even though the beginning of the month started with a good amount of rain, we quickly fell behind in rainfall amounts the following weeks. Only 2.19" of rain fell in South Bend, ending 1.44" below average for August.

Right now there is not great concern with August's lack of rainfall because most were near average for the month of July. Some in Southeast Michiana even finished July well above due to flooding early on in the month. 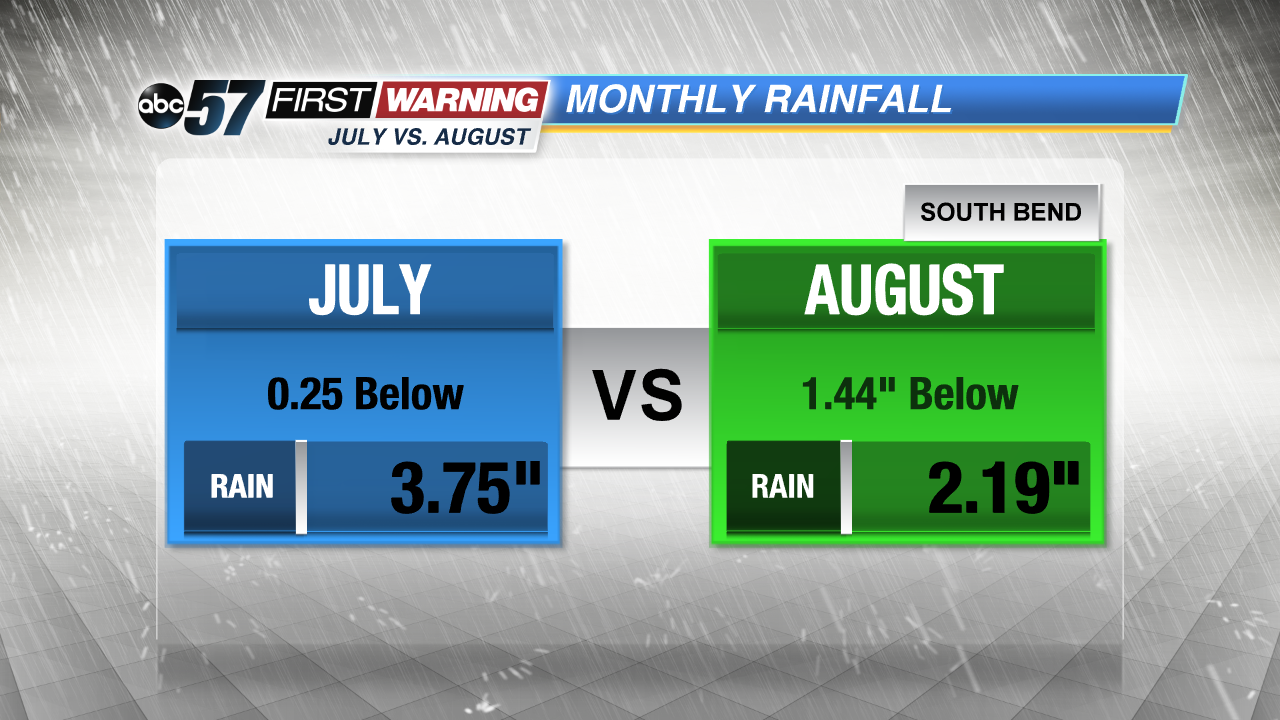 The conditions aren't improving in the next two weeks though. The Climate Prediction Center has Indiana and Michigan both below their average rainfall in the next 8-14 days. 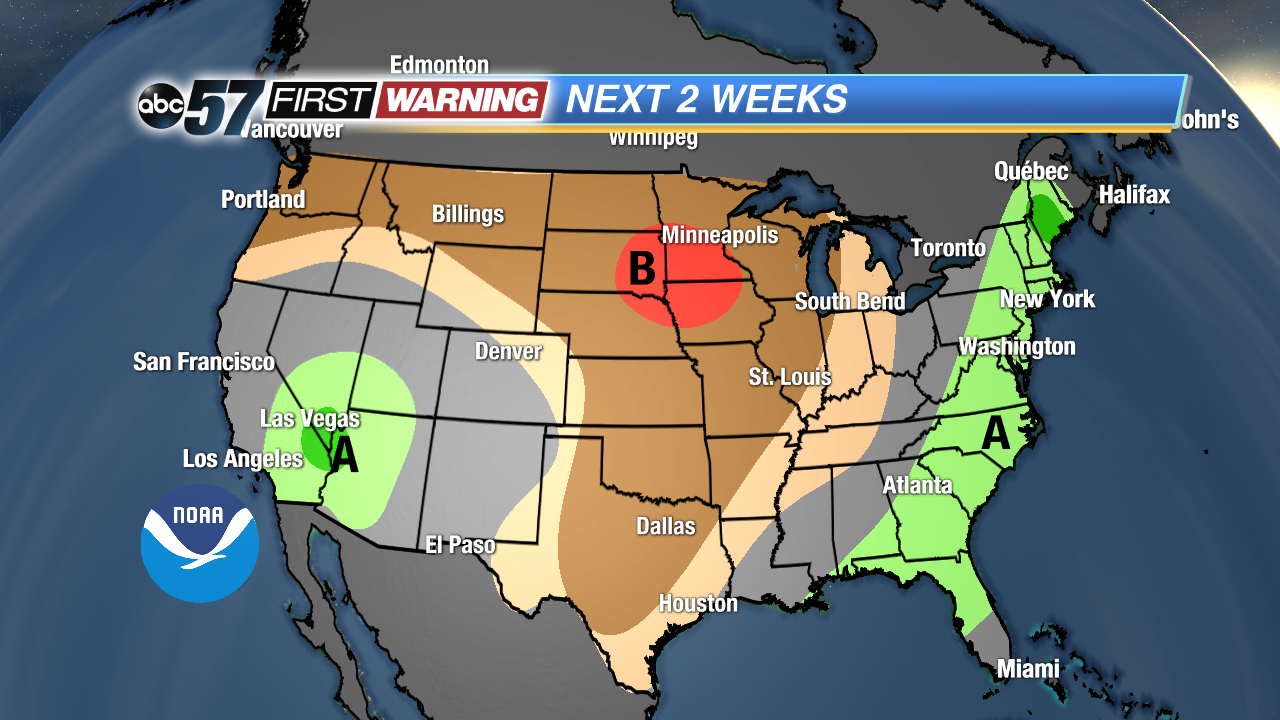 Even with rain in the forecast this upcoming Tuesday and Wednesday, it won't be enough to replenish the ...

Portions of Northeast Michiana are already in abnormally dry conditions and with the lack of rainfall in the beginning of September this area is expected to grow. 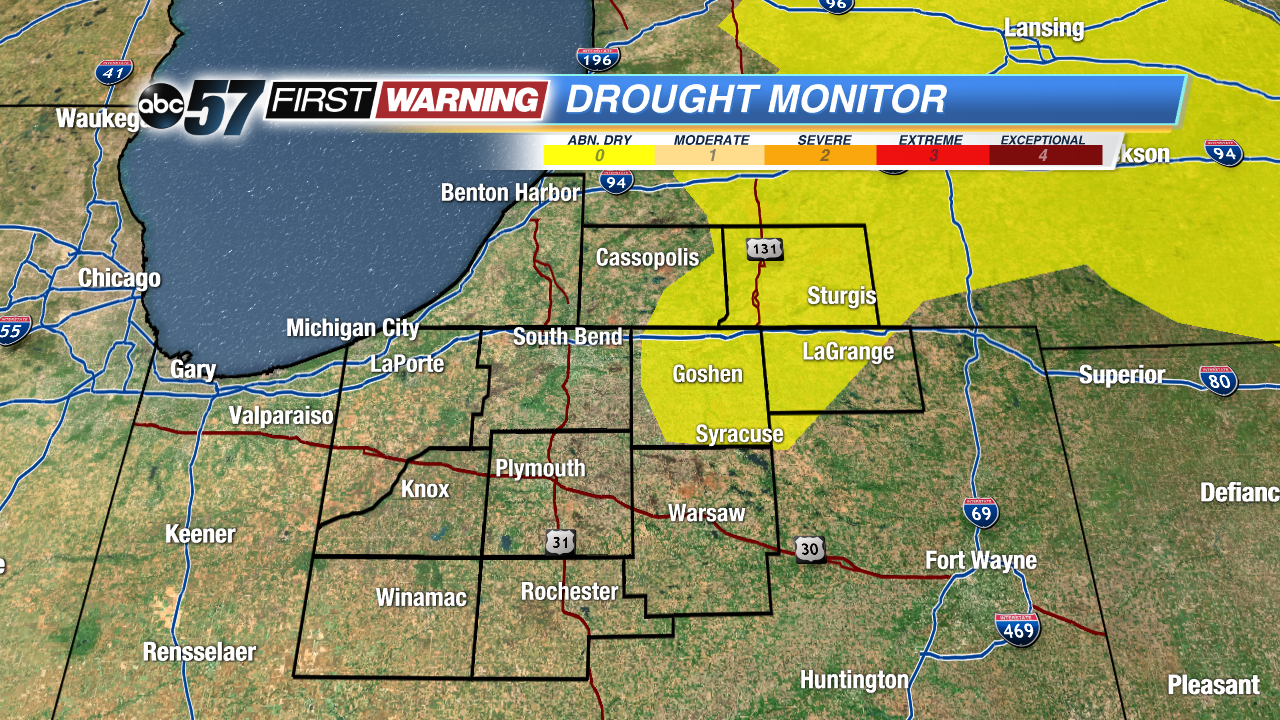 While the dry conditions only seem to affect whether or not we need to water our lawn, it impacts you more than you think. If it remains dry through the month of September, we could see Fall crops suffer as well as grass fed animals. When the grass remains brown, it lacks nutrition for grass fed animals like cows which can in turn impact the quality of the meat.