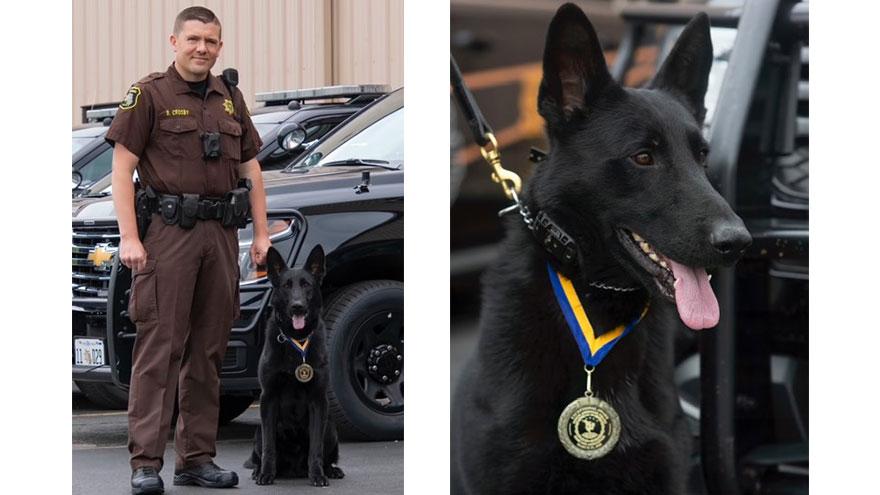 BERRIEN COUNTY, Mich. -- A Berrien County deputy and his K-9 received an “Exceptional Service” award for subduing a dangerous suspect in March of 2020.

Deputy Brandon Crosby and K-9 Blek were recognized for this award by the North American Police Work Dog Association.

The duo was on foot tracking a man who was believed to be armed and dangerous with his one-year-old daughter.

Blek apprehended the suspect by biting on his arm after finding him hiding near a shed.

Found on the other side of that shed was the one-year-old who left unharmed.

The suspect’s abandoned vehicle was located and had a firearm inside.

Crosby and Blek are commended for their efforts to deescalate a potentially dangerous situation.